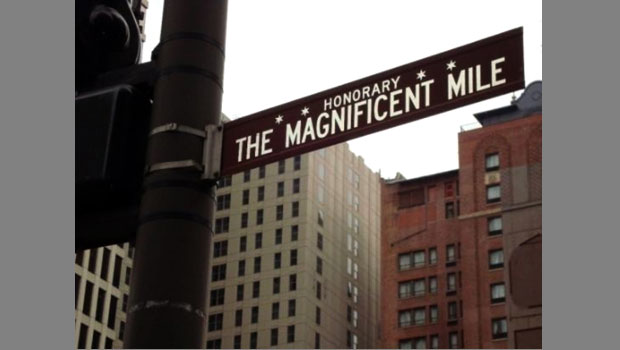 A 15-year-old Florida girl was punched when she tried to help a 51-year-old Michigan woman being robbed Friday night on the Mag Mile by eight juveniles, officials said.

One of the 15-year-old girls — who punched the Florida teen who tried to help — also was charged with battery, and one of the boys was additionally charged with theft because police said he had another person’s iPhone that had been either lost or stolen earlier Friday at North Avenue Beach.

Their names were not disclosed because they are juveniles, but they all are from Chicago, police said.

According to a police report, about 7 p.m. Friday in the 700 block of North Michigan Avenue, the teens grabbed and held the 51-year-old Muskegon, Mich., victim while one of them took her iPhone from her pocket.

A 15-year-old Florida girl who did not know the victim tried to help the woman but was punched in the face by one of the teens, police said.

Officers who had been called to the scene arrested the group of teens.

The Good Samaritan from Florida, during a telephone interview Saturday afternoon, said she was with her mother and they’d enjoyed the day, eaten at Water Tower, and had been taking a stroll on Michigan Avenue to look at the shops when they noticed three women, two of whom appeared to be in their 40s or 50s and one who looked to be in her 60s or 70s.

They were about 15 feet behind when they noticed three boys “creeping toward” the women, and one of the boys appeared to gesture to someone else, said the 15-year-old Florida girl.

“All of a sudden seven more teens came and got close to the women,” she said.

Then she noticed one of the boys ripping an iPhone from a pocket of one of the three women, so forcefully that the victim said: “Give it back,” but they denied they had it, said the girl.

“The rest of them swarmed around her to disorient her,” and began to become more physical and push the women against a small metal fence around some shrubs, the girl said.

With a rush of adrenaline, the Florida girl said she decided to step in, against her mother’s wishes.

“They felt endangered, but I’m a person who tries to help and I wanted to help the lady,” she said. “My mom tried to stop me three times.”

The Florida girl screamed at them: “Give her back her phone,” and a teen girl yelled back that they didn’t have it.

“That’s when the girl charged at me” and punched her, hitting the Florida girl’s head and ear, causing a big bump, bruising and swelling, she said.