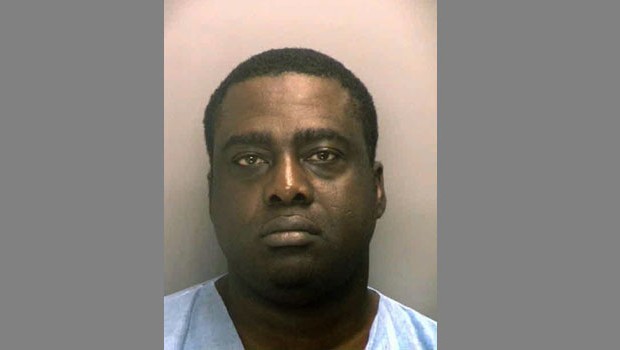 Bus driver in fatal crash was talking on cell phone

The bus driver in the crash that claimed the life of an 8-month-old girl in West New York today was talking on his cell phone when the chain reaction accident began and he will be charged with death by auto, authorities said tonight.

Idowu Daramola, 48, of New York, is being issued summonses for reckless driving and for using a cell phone while operating a motor vehicle, but he is being booked on the criminal offense of death by auto, a crime carrying a possible prison term of five to 10 years upon conviction, Hudson County Sheriff Frank Schillari told The Jersey Journal.

In all, five vehicles were involved and seven people were sent to area hospitals, officials said.

According to resident Jose Serra, the bus was at a bus stop at Boulevard East near 56th Street when it took off after dropping off passengers, the wheels began to spin and the vehicle seemingly went out of control.

The bus jumped the curb and crashed into a lamppost that struck the baby in her carriage, and then the bus continuing moving, striking a tree and another lamppost on Boulevard East, Serra said.

The bus then slammed into a parked car, creating a chain reaction that involved at least three other parked cars, Serra said. One of those cars was occupied by four people and they were taken to area hospitals for treatment of minor injuries.

West New York Police Officer Michael Stetson said when he arrived at the scene, the baby’s mom, Maylin Hogo of 79th Street in North Bergen, was screaming hysterically and crying. In the carriage, her daughter, Angela Paredes, was bleeding from the head.

The baby had no pulse and was not breathing, he said.

“After CPR, she was gasping every third breath I gave her,” he said.

Schillari said Angela apparently died in the ambulance on the way to the Jersey City Medical Center where Hogo and Daramola were also taken.