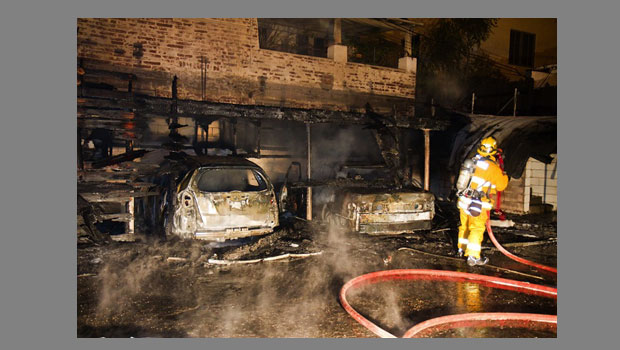 In 2008, Knox was named Groomer of the Year on the Animal Planet show “Groomer Has It” where he won $50,000 and a grooming truck. He also had his own Animal Planet show titled, “Beverly Hills Groomer”. Knox then opened a pet grooming business in Los Angeles that closed in 2009 after experiencing a fire. No charges were filed in connection with the grooming shop fire.

On Sept. 8, 2012, Knox set fire to a carport containing five cars that was attached to the Pasadena apartment building where he was living. Knox ignited the arson fire because he could not afford his rent and hoped the fire would allow him to stay longer. The blaze caused an estimated $200,000 worth of damage to a carport and five vehicles. Two of the vehicles were destroyed in the blaze, three were damaged. Knox was initially charged with six counts of arson: one for the carport and one for each of the burned cars. He pleaded guilty to one count of arson, and was ordered to pay restitution for the burned automobiles.

Knox was previously investigated suspicious fires in connection with several homes, businesses and cars, for which he was in arrears. He was never charged until now.

In addition to the arson, Knox also pleaded guilty to a charge of identity theft. The charge stemmed from the theft of an undisclosed amount of money from a woman who lived in his apartment before he moved in. A refund check arrived in the mail after the woman had moved out and Knox had moved in. He cashed her check.

Knox is expected to receive a prison sentence of five years and eight months at an April 23, 2014 sentencing. He will also be required to register as a convicted arsonist on a statewide database. If you have been accused of arson please call Los Angeles Criminal Attorney Daniel Perlman.