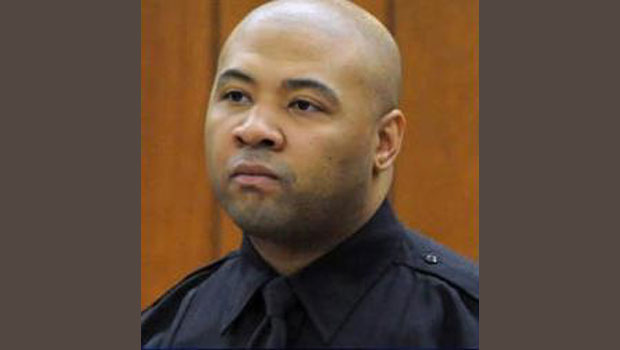 City Council quiet on cop’s arrest in fatal DUI, but residents speak up

The arrest of North Chicago Police Officer Terrell Garrett, who is accused of killing two men Friday in a drunken-driving accident on Chicago‘s Lake Shore Drive, is more bad news for a department that continues to lurch from crisis to crisis.

But the charges against Garrett “reckless homicide and aggravated DUI” as well as the department’s string of previous troubles were barely alluded to at Monday’s City Council meeting.

Garrett, who was returning from Chicago on his 35th birthday when he allegedly drove the wrong way onto Lake Shore Drive and struck two vehicles while traveling at 60 mph, was placed on administrative leave just hours after the 4 a.m. crash.

The five-year veteran of the department has been described as a professional, people-friendly officer who made a deadly mistake.

Nash, who is a representative of the Illinois Council of Police, said he was not speaking for the department. “The bottom line is a lot of people should learn from this,” he said. “You don’t drink and drive. I feel bad for the officer and everyone else involved, his daughter, his family and the victims.”

While Mayor Leon Rockingham and the council did not mention Garrett’s involvement in the crash that killed two young college students, some residents who took to the microphone during public comment time did.

“There seems to be a curse on the city of North Chicago,” Wadell Brooks said.

Ralph Peterson, who has been at war with Rockingham’s administration since the 2011 death of his cousin Darrin “Dagwood” Hanna after an arrest by six North Chicago police officers, which has since been ruled a homicide, accused North Chicago Police Chief James Jackson of quickly dispatching Garrett while the department allowed the officers who arrested Hanna to remain on desk duty during an investigation of the death.

“You could have said something nice about him [Garrett] but you threw him under the bus,” Peterson said.

Jackson, who spoke outside the council chambers after Peterson’s comments, said that as soon as the department was notified that Garrett was in the custody of Chicago Police, he was placed on administrative status.

Jackson said that Garrett, who is still in the hospital recovering from a broken hip, has not been fired.

Chicago attorney Kevin O’Connor, whose firm has represented numerous excessive force cases against the North Chicago department, expressed dismay over the council’s lack of sentiment on Garrett or the accident.

“The time is now to have something important to say,” O’Connor said.