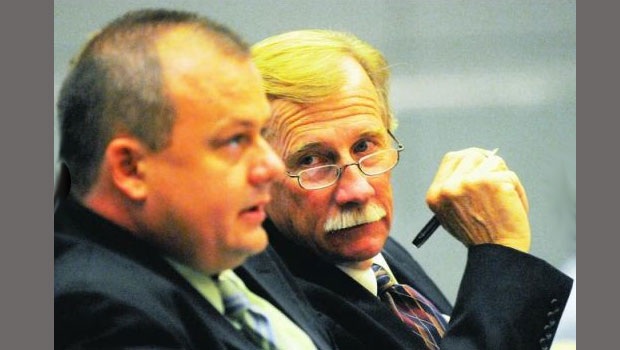 In Yuma Mayor Al Krieger’s (pictured on right) suit, filed Feb. 6 in Yuma County Superior Court, he is seeking $15,525.25, the amount he says he accumulated in legal fees at his own expense to defend himself in an investigation brought last year by members of the Yuma City council.

Krieger declined to comment further on his lawsuit when contacted Friday morning.

Several of the defendants were served Thursday.

The day before, Krieger agreed to repay mileage reimbursements he allegedly had inappropriately paid himself from the city petty cash fund over the last two fiscal years. The issue was brought up during Wednesday’s Yuma City Council meeting by Councilman Ed Thomas, who said Krieger had received more than $800 from the petty cash fund without submitting proper documentation.

The city most likely will retain outside counsel to defend the suit brought by Krieger, Wilkinson said, because City Attorney Steve Moore represents the city, its staff, the council and the mayor.

“As the mayor is suing the city, its city council and staff members, the city attorney has a legal conflict and can’t participate in or give legal advice to either side,” Wilkinson said. “A lawyer who does not recuse himself in cases of conflict could face severe consequences with the Arizona State Bar. As such, we will be required to hire outside counsel.”

Council members voted Feb. 1, 2012, to hire a special independent legal counsel to investigate allegations of misconduct by Krieger that publicly came to light when a former Yuma mayor expressed them during a council meeting.

The independent special counsel’s report was released on May 14, 2012. The report concluded that there was sufficient evidence that Krieger “has committed misconduct as a member of the elected body that constitutes violations of the Arizona conflict of interest statutes, Open Meeting Law, possible misuse of federal employee confidential information under the Federal Privacy Act, threatening and coercion of members of the council to change or secure their votes in his favor and against this investigation for his personal benefit, abusive or inappropriate conduct directed to other members of the legislative body, of city officials, and possibly of city staff, and violations of the strictures of the Yuma City Charter establishing the Council-Manager form of government and prohibiting interference in the administration of the City government.”

The Yuma City Council subsequently adopted a resolution accepting the special counsel’s findings, censured Krieger and directed that the findings be forwarded “to appropriate authorities for consideration of possible enforcement action as provided by law.”

The findings were forwarded to the Arizona Attorney General’s Office, where an investigation is ongoing.

Krieger is represented by Joshua W. Carden, an attorney with the Tempe-based law firm of Davis Miles McGuire Gardner PLLC.

Carden also is the attorney representing the political committee Recall Them All 2012, which has another case against the county and city in an attempt to overturn a failed recall attempt of two council members. That case was recently remanded by the Arizona Supreme Court back to Superior Court.

If you have been arrested for a White Collar Crime the Law Offices of Daniel R. Perlman can help. Please contact a Glendale Criminal Attorney today to have your case reviewed. 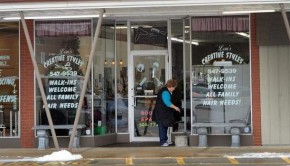