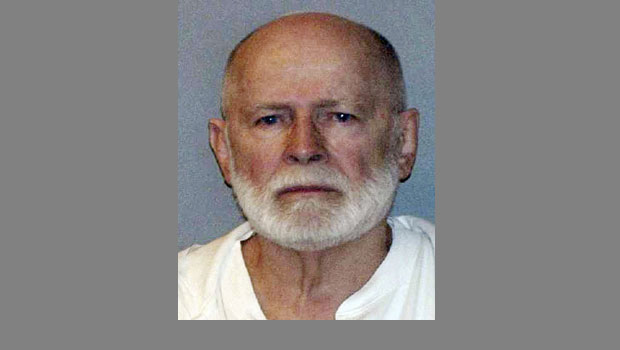 James “Whitey” Bulger is no longer the feared man who swaggered around South Boston and later became one of the nation’s most-wanted fugitives.

Bulger’s trial, set to begin this week with jury selection, promises to have all the glamour and gore of a TV mob drama. Prosecutors plan to call a collection of infamous mob figures, including Bulger’s former partner, Stephen “The Rifleman” Flemmi, who is now serving a life sentence for 10 murders and admitted pulling the teeth out of some of the gang’s victims, including his own girlfriend.

Former hit man John Martorano, who admitted killing 20 people, will also take the stand, as will Kevin Weeks, a former Bulger lieutenant who eventually led authorities to half a dozen bodies.

Bulger’s lawyers have made it clear that they will attack the credibility of men they describe as “once-reviled criminal defendants” whom prosecutors have eagerly transformed into “loyal government witnesses.”

Bulger, who grew up in a South Boston housing project, earned his first arrests as a juvenile and went on to serve time in Alcatraz and other federal prisons for bank robberies. He became one of the most notorious criminals in Boston, while his younger brother, William Bulger, became one of the most powerful politicians in Massachusetts, leading the state Senate for 17 years. William Bulger is expected to attend his brother’s trial.

Bulger, an inspiration for the 2006 Martin Scorsese film, “The Departed,” headed the Winter Hill Gang, a largely Irish gang that ran loan-sharking, gambling and drug rackets.

After Bulger went on the run, the public learned that he had been working as an FBI informant for years, providing information on the New England Mob – his gang’s main rivals – even while he was committing a long list of his own crimes, including murder, prosecutors say.

“We were frustrated because he was being protected by the FBI, but we didn’t know to what extent,” said retired state police Detective Lt. Bob Long, who investigated Bulger in the ’70s and ’80s.

Bulger’s lawyers planned to use an immunity defense at his trial, arguing that federal prosecutor Jeremiah O’Sullivan, now deceased, granted Bulger immunity from prosecution for his crimes.

But Judge Denise Casper rejected that request, finding that any purported immunity agreement is “not a defense to the crimes charged.”

Bulger’s lawyers have also denied that he was an FBI informant. They’ve said Bulger will take the witness stand to testify in his own defense.

The defense is sure to emphasize for the jury how Martorano, Weeks and Flemmi all struck deals with prosecutors for reduced sentences in exchange for their cooperation. The defense has also indicated it plans to emphasize that Justice Department lawyers depicted the men as unreliable while defending lawsuits accusing the FBI of facilitating Bulger’s crimes, but they are now using them as their star witnesses against Bulger.

Billy O’Brien was born four days after his father, William O’Brien, was gunned down in March 1973. Authorities say Bulger and his gang killed O’Brien and 10 others in a dispute with members of a rival group.

O’Brien never got to meet his father, but growing up in South Boston, he would see Bulger around the neighborhood.

“You’d have all this crazy stuff that runs through your head. You’re seeing someone that’s responsible for killing your father. You have all these things that come to you that you want to say, but I’m a kid then. What was I going to do?” O’Brien said.

“I want to know the reason why my father was killed,” he said.