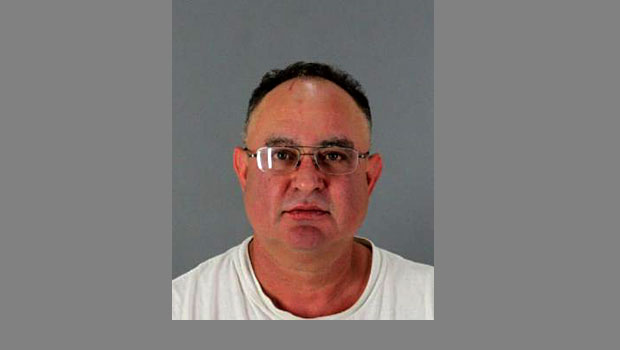 A man accused of grabbing the buttocks of young girls at a Target store while wearing a T-shirt that read “Rub Me For Luck” asked a judge last week to throw out the charges, but was denied.

On Tuesday, 50-year-old UPS deliveryman Glenn Albrecht will have to decide whether to face a jury trial or accept a plea bargain offered by prosecutors. The terms of the agreement have not been disclosed.

Albrecht, who remains out of custody on a $300,000 property bond, faces child molestation charges in connection with two separate alleged groping incidents Aug. 26 at The Shops at Tanforan in San Bruno.

Albrecht allegedly grabbed the buttocks of a 6-year-old who had wandered off from her family to the next aisle. He then fled the store, but the child’s father reportedly hunted him down and punched him. Target security then detained Albrecht and called police.

A subsequent review of the store’s surveillance footage, according to Wagstaffe, revealed that Albrecht also had touched an 11-year-old girl on the same day, although that girl did not initially report the incident.

Investigators later tracked down the 11-year-old and she confirmed the incident, Wagstaffe said.

“The victim described the defendant grabbing her buttocks with his hand,” the district attorney said.

Due to the incidents, police searched Albrecht’s home, where they allegedly found a life-size doll of a female child along with child pornography, according to police.

Wagstaffe said Albrecht would be foolish not to accept a plea agreement given the video surveillance evidence. He wasn’t confident on Monday that Albrecht would choose to resolve the case without trial, saying Albrecht believes his rights were violated by police during the process of his arrest. A call to Albrecht’s attorney wasn’t immediately returned.