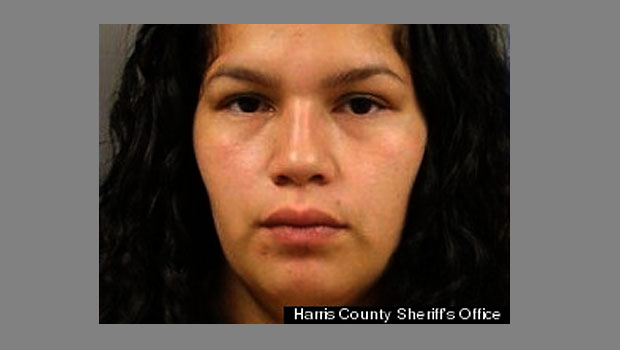 A 6-year-old boy‘s horrific abuse at the hands his mother includes tongue burns and being forced to stand on an ant hill, Texas authorities say.

The boy‘s mother, Jessica Ann Mungia, 26, has been charge with four counts of felony injury to a child.

According to a probable cause document provided to The Huffington Post by the Harris County District Attorney’s Office, investigators launched an investigation into Mungia after a Houston hospital notified them of possible child abuse.

Authorities said Mungia took her son to LBJ Hospital on May 22, for treatment of a broken arm. While examining the child, a nurse discovered numerous body bruises, lacerations on his scalp, as well as burns on his left hand and his tongue.

Hospital officials contacted the Harris County Sheriff’s Office and Child Protective Services after determining that the child’s injuries were not consistent with the explanation of how he received them.

On May 31, the boy was interviewed by Dr. Rebecca Girardet, Medical Director of the Department of Child Protective Pediatrics.

Asked about the injuries to his scalp, the child said, “My mom hit me with a screwdriver.” After the alleged assault, the boy said his mom poured alcohol on the wound, according to court documents.

Authorities said the boy alleged his mother “cut me with a knife,” beat him with a “cable,” and burned his tongue with a hot spoon.

“[She] heated a spoon on the stove until it was hot [and then] put the stove on my tongue … She was sticking it in my mouth and I was trying to take it out,” the boy allegedly said.

The child also allegedly reported to medical personnel that his mother made him “stand on ants,” causing him to be bitten many times.

The boy allegedly blamed his broken arm on his mother — “My mom broke it” — and told Girardet his mother had instructed him to tell hospital staff that he fell off the table and got other marks to his body while crawling around the house.

The child told authorities his mother “scared him” and he recounted an incident where she allegedly slapped him so hard that he fell down. He also attributed a scar on his arm to a knife wound he said his mother had inflicted.

According to Child Protective Services, the little boy and his two sisters have been placed in protective custody.

Mungia, who is pregnant with her fourth child, is charged with four felony counts of serious bodily injury to a child. Mungia was previously convicted of aggravated assault with a deadly weapon in 2007, KMOV.com reported.

Mungia was jailed Thursday on a $120,000 bond. Online jail records did not show an attorney for her.