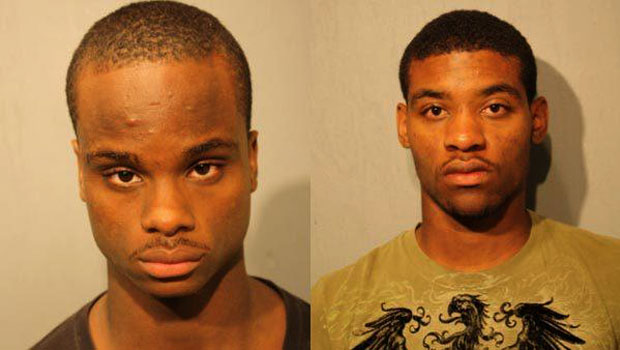 Three teenagers have been charged with attempted murder in the shooting of a 4-year-old girl as she rode her scooter near her grandmother’s home early this week, authorities said.

Laquan Waters, 18, Tyrese Pearson, 17, and Roosevelt Stevens, 15, have been charged with attempted murder in the shooting about 4:55 p.m. Monday of Khalise Weatherspoon, said Cook Count state’s attorney’s spokeswoman Tandra Simonton. Khalise was the fourth child age 7 or younger to be shot and wounded in Chicago in July.

The girl was on a scooter, playing with her 3-year-old brother and two older sisters just down the block from their grandmother’s home near 71st and Rockwell streets in Marquette Park, when two gunmen stepped out of an alley and opened fire about 4:55 p.m. Monday, according to family and police. Khalise was struck in the abdomen and a 31-year-old man was also hit.

Earlier in the week, police had no description of the shooters. Detectives were able to track down the suspects despite lack of cooperation from Khalise’s family in identifying the shooters, an official said today.

Three other young children were shot and wounded in Chicago in July:

• A 7-year-old boy was shot in the neck in Cole Park in the Chatham neighborhood on July 3.

• Jaden Donald, 5, was shot in the chest at Cooper Park in the West Pullman neighborhood early on July 4.

• Quianna Tomplins, 6, was shot while riding a scooter in the Roseland neighborhood July 20. She was at a memorial for a man shot to death on the same street five years ago.