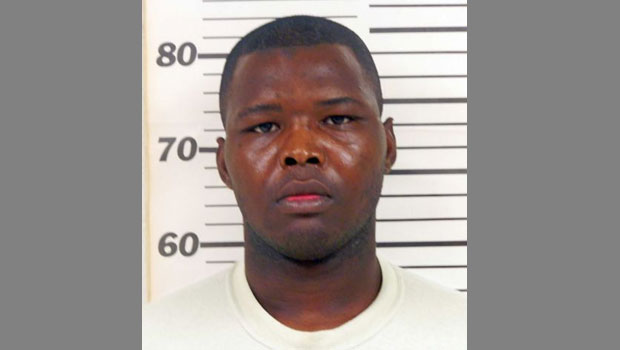 A Mississippi teen has been charged with murder in the death of his father — and authorities say he had a love affair with a cop who helped him carry out the dirty deed.

The officer, 25-year-old Jasper Pittman, was fired from the force for his role in the killing and faces sexual battery charges for an alleged relationship with the boy, 14-year-old Blake Thompson. The pair was arrested along with two other suspects — Greg Antonio Fortenberry, 26, and LeJerrious Perkins, 17 — after police found the body of Kenneth Thompson, 53, buried in a shallow grave in woods behind Pittman’s house late Sunday.

The boy’s aunt, Lillian Mallard, told the Clarion Ledger that she knew about the relationship between the teenager and the officer, and that the young man had recently run away from home. She told the newspaper that Kenneth Thompson had gone out to look for his son early Sunday, but did not return.

Investigators say Thompson received a call that his son was at Pittman’s house. When he arrived Fortenberry and Perkins allegedly stabbed him in the neck, killing him. Police alleged the men tried to destroy evidence by burning and discarding Thompson’s truck at another location.

The Brookhaven Police Department fired Pittman following his arrest. Although he had previously worked with the McComb police and came highly recommended, Police Chief Bobby Bell said that Pittman had only been on his force for two weeks.

“We don’t put up with those types of allegations,” Bell told the newspaper.

In addition to conspiracy murder and arson, Pittman faces sexual battery charges for his alleged relationship with the teen suspect.

Blake Thompson, who is charged with murder, will be tried as an adult under Mississippi law, according to the Associated Press. Fortenberry and Perkins both face murder and arson charges.