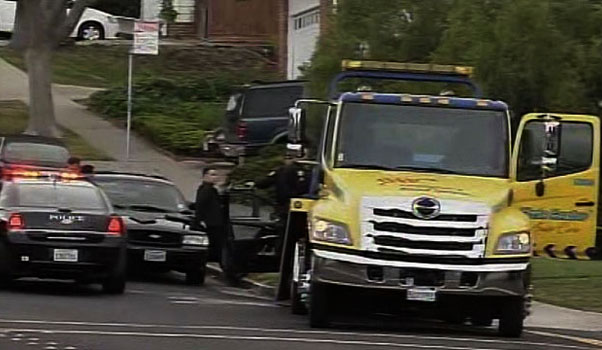 Richmond police are searching Monday morning for a second suspect in a robbery and carjacking near Contra Costa College after arresting a suspect who had stayed inside a home for nearly five hours, a police spokeswoman said.

The suspect in custody was arrested at about 7:15 a.m. on suspicion of armed robbery and carjacking after the victim identified him, police Sgt. Nicole Abetkov said.

Officers are still looking for a potential second suspect based on the victim’s report, Abetkov said.

At around midnight Sunday, Richmond police received a phone call from a hysterical woman who said she had just been robbed and carjacked on Shane Drive near Birmingham Avenue about two blocks east of the college, Abetkov said.

The victim said while on her way to her car, at least one suspect robbed her at gunpoint of some personal items before driving away in her car, Abetkov said.

After officers went to meet the victim, police received calls about a vehicle that had crashed into a street sign a few blocks away in the 3000 block of Shane, Abetkov said.

Witnesses told police that a person had exited the car and fled into one of two nearby residences, Abetkov said.

Officers went to the first residence and did not find the suspect but no one answered the door or the phone at the second residence, Abetkov said.

Police then surrounded the second home and notified SWAT officers at about 2:30 a.m., Abetkov said

SWAT officers arrived, looking for a suspect considered armed and dangerous, and set up a perimeter at about 4:30 a.m., Abetkov said.

Officers remained outside until the suspect, described as a black male, ran out past the perimeter at about 7:15 a.m., Abetkov said.

Police eventually captured him a few blocks away after a brief search, Abetkov said.

The suspect, who is not being identified, apparently knew the people in the residence where he fled, Abetkov said.