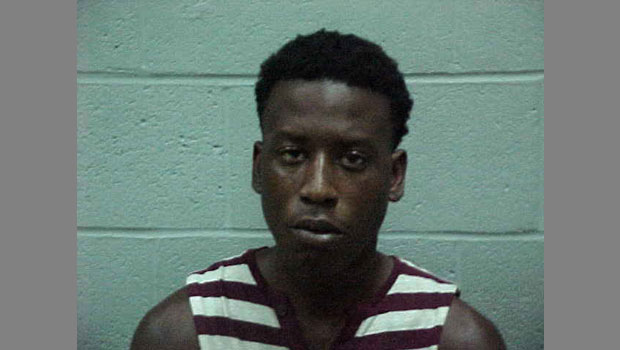 A third person was arrested Friday evening in connection with a Villa Rica jewelry store shooting that left the store owner dead.

Clifton was charged with murder and armed robbery. He is being held at the Carroll County Jail, Shaddix said.

Mitch Mobley, 45, was fatally shot Wednesday afternoon inside his Villa Rica jewelry store. Investigators believe he was shot when he confronted four men who entered his store around 12:30 p.m, Shaddix previously told The Atlanta Journal-Constitution.

One suspect used a large hammer to smash a glass display case. They then ran out of the store, and three of the suspects got into a “getaway” vehicle with a fifth possible suspect, Shaddix said.

Eric Billings, 16, of College Park tried to get away from the scene, but he was stopped by nearby business owner Ururahy Rodrigues and taken into custody, according to a Channel 2 Action News report.

Billings is being charged as an adult with murder, armed robbery, and possession of a firearm during the commission of a crime, Shaddix said.

He is being held in a youth detention center, according to the Douglas County Sentinel.

Raphael Rucker, 23, of Stone Mountain was arrested early Thursday. He is being charged with murder and armed robbery.

A memorial for Mobley was created by customers and members of the community outside of the jewelry store Thursday. He was remembered for his kindness and helping the community through hosting golf tournaments that benefit causes such as cancer research.

“It”s a shock for all of us to see a man that everyone in this county knows and then someone takes his life like that,” Neil Grimes, a customer, previously told Channel 2, speaking of Mobley. “He was just well known in this community and he did a lot for this community.