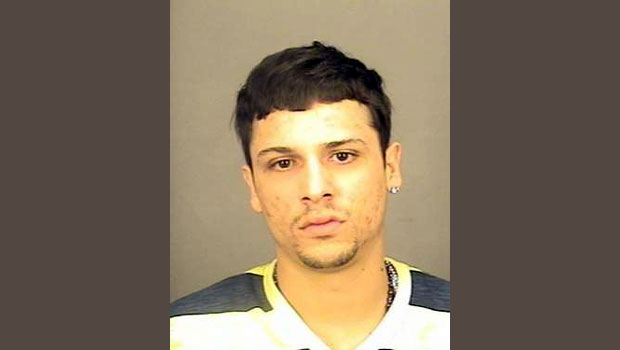 One of the firearms stolen from a Wayne County gun shop has turned up in the arrest of a Rochester man on drug and gun charges, court papers show.

Federal authorities allege that on Jan. 15 Luis Guzman sold a Smith and Wesson .45-caliber pistol to an informant working for police, according to court papers. That gun “was one of the firearms stolen from Tom’s Guns and Ammo” in Sodus, Wayne County.

In late November, the Wayne County shop was broken into and more than 60 guns stolen. The federal Bureau of Alcohol, Tobacco, Firearms and Explosives, or ATF, has been investigating the robbery.

Guzman, 24, was recently arrested for allegedly selling drugs and guns in the city of Rochester. He is now jailed, awaiting court proceedings.

In a March 28 interview, Guzman admitted that he “sold firearms to (the informant) on three occasions” and also heroin and marijuana, according to an affidavit from ATF Special Agent Patrick Hoffmann.

Guzman once told the informant “that he had a bunch of guns, including .40 and .45-caliber guns (that) about a week earlier he had sold,” the affidavit alleges. The informant also bought a .22-caliber revolver and a 9 mm pistol from Guzman, authorities allege.

Guzman is accused of drug distribution and possession of a firearm during a crime.

Federal authorities declined to answer whether other guns stolen from the stores have been found.

Tom’s Guns & Ammo was one of two Wayne County gun stores hit with robberies in recent months. In January, robbers stole more than 30 handguns and a rifle from D & M Shooting Sports in Palmyra.