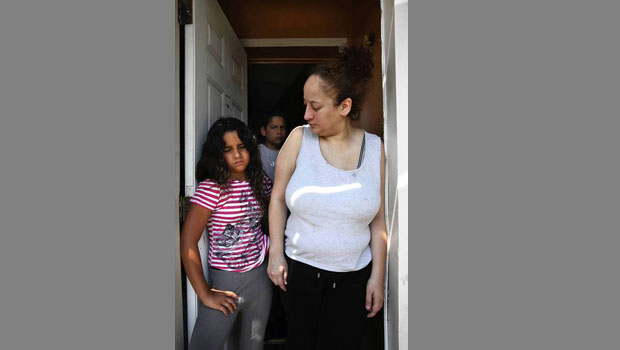 A Chicago man who has never had a driver’s license was drunk and fleeing from police after shooting his friend in the leg when he crashed into a car driven by a single mother of five, killing her, a Cook County prosecutor said today in court.

Marisol Mercado, 35, of the 5700 block of West Grand Avenue, was on her way to pick up one of her children on the South Side when her four-door Saturn was struck by a maroon Pontiac Grand Am at Pulaski Road and Chicago Avenue just before midnight Saturday, authorities said.

Assistant State’s Atty. Heather Kent said James Brown, 34, had been arguing with a friend about 11:35 p.m. in the 100 block of S. Springfield Avenue. He left, then returned in the Grand Am and shot at his friend, hitting him twice in the left leg, Kent said.

Police officers heard the shots, saw the Grand Am speeding away and attempted to pull it over. Brown did pull over for a moment, but then drove off, running red lights, Kent said.

Officers saw Brown drop a gun out the window as he drove. He ran a red light, smashing into Mercado’s Saturn, a Chevrolet Suburban, and another vehicle, injuring Mercado, Brown and three other people. A woman in the Suburban suffered a broken collarbone.

Brown was taken to John H. Stroger Hospital, where a blood draw found he had a blood-alcohol level of .190, almost 2 ½ times over the legal limit. An unloaded .380-caliber semi-automatic handgun was recovered from “the path of pursuit,” Kent said.

Judge Laura Sullivan ordered Brown, a father of three who appeared in court limping on his right leg, held on $500,000 bond.

Much of Mercado’s family gathered Sunday on the Northwest Side block where she lived, sharing stories of a smart, confident woman who valued education, cherished her children and loved a good meal. Mercado’s twin daughters showed off photos of their mom: at her GED graduation, with her babies on her lap.

Mercado, her sister Maritza Mercado said Sunday, was always eager to spend time with family. Just one night before the crash, her 13-year-old niece called to say that impromptu sleepover plans had left her without a change of clothes. Mercado delivered an outfit.

“You needed a hand,” said niece Maritza Vanga, “she helped you.