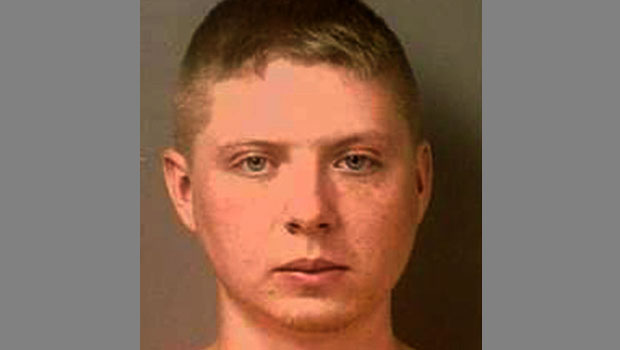 It was June 29, 2011 when 4-month-old infant Katherine Shelbie-Elizabeth Phillips, known as “Baby Kate,” was last seen in a small western Michigan town. More than two years later, officials announced Friday that they will charge her father Sean Phillips, 23, with open murder.

The long investigation was undertaken by local, state and federal authorities. Phillips is already serving jail time for a different charge related to his daughter’s disappearance.

“Since Mr. Phillips was convicted of Unlawful Imprisonment of Baby Kate in 2012, Detectives Tom Posma, Mike Kenney, and JB Wells have spent countless hours continuing their investigation which began on June 29, 2011, the date that Katherine Phillips was last seen,” Mason County Prosecutor Paul Spaniola said in a statement. “This continuing investigation has included review of biological evidence, site visits, and the enlistment of experts from all over the world who are preeminent in their fields.”

Phillips was found guilty of unlawful imprisonment in April of 2012 and was sentenced to at least 10 years on those charges, according to WWJ-TV. The case was then treated as a homicide following the sentencing. Near the time his daughter went missing, mother Ariel Courtland alleged Phillips indicated that Baby Kate was still alive.

On the day Baby Kate went missing in Ludington, Courtland said that she and Phillips got into an argument and he took off with their daughter in a car.

Last September, Courtland filed paperwork to marry Phillips, telling reporters it was to obtain more information from him about the death of their daughter. Courtland decided not to go through with the marriage, WOOD-TV 8 reports, because it “wasn’t the right thing to do.”

Around the same time, reports surfaced of a letter that had allegedly been sent by Phillips to Courtland that took responsibilty for her death. In the letter, obtained by 9&10 News, the writer states that he didn’t realize Kate Phillips was in the car seat next to him and thought Courtland had left it there on purpose so he would have to return it. When he tried to get rid of it in anger, he ripped it from the seat.

“I pulled but it was jammed between the seats,” the letter reads. “That just made it worse. I grabbed it at the top and ripped it out as hard as I could. She was thrown from it. I didn’t know. I’m so sorry. Held her for a long time. Seemed like forever.”

Then he drove around with the child.

“I cried until I couldn’t anymore,” the letter continues. “She was set in a peaceful place. I was walking and lost. …Then I was driving. For the first time I realized I had left her. I wanted to die.”

This June, authorities conducted a search in a nearby wooded area. They were looking for plants that matched specimens found on Sean Phillips’ shoes and clothing.

“It was more of a success than we had hoped,” Ludington Police Chief Mark Barnett told MLive at the time.

“The filing of this open murder charge moves us one step closer to securing justice for Baby Kate,” Michigan Attorney General Bill Schuette said in a statement Friday.