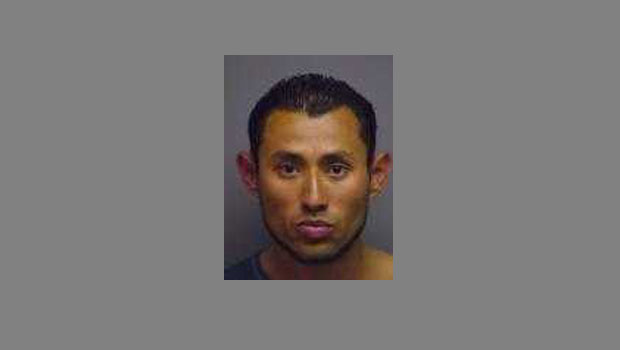 A 30-year-old man was arrested after he forced his girlfriend and her children into a car, drove them around Palmetto and Bradenton, released them and then lead deputies in a chase, according to the Manatee County Sheriff’s Office.

Victor Alarcon eventually was nabbed by a police dog after he tried to flee on foot into a wooded area in Parrish.

The incident started at 7:27 p.m. Tuesday when Alarcon and the woman got into a domestic dispute at his home in the 1200 block of 72nd Avenue Court East, Rubonia, according to a news release.

Alarcon grabbed the woman’s keys from her hands and told her and her five children to get into her vehicle and that he would drive them home.

Alarcon began to act irrationally and threatened to hurt the woman and her family, refusing to let them out of the car. He drove, sometimes aggressively, for about 30 minutes, according to the sheriff’s office.

Eventually, the woman and her children were located in the 100 block of Manatee Avenue East, and deputies began developing charges of false imprisonment and grand theft auto, according to the report.

Deputies spotted Alarcon and the vehicle at U.S. 301 and Haben Boulevard in Palmetto. They tried to make a traffic stop but Alarcon fled, starting a 21-minute pursuit that on U.S. 301 in Parrish reached 80 mph.

At Erie Road and Harrison Ranch Boulevard, Alarcon drove at deputies who had deployed stop sticks, forcing them to jump out of the way. He hit the stop sticks, deflating one tire.

In the 11000 block of Erie Road, Alarcon sideswiped a sheriff’s office vehicle. He eventually abandoned the vehicle at Erie Road and 121nd Street East and ran north into a wooded area, according to the sheriff’s office.

A police dog chased and “immediately apprehended” Alarcon. He tried to beat the dog but the K-9 was not injured. Alarcon “suffered moderate laceration to his extremities.” He was treated for his injuries and taken to the Manatee County jail.

Alarcon was being held without bond at the Manatee County jail.