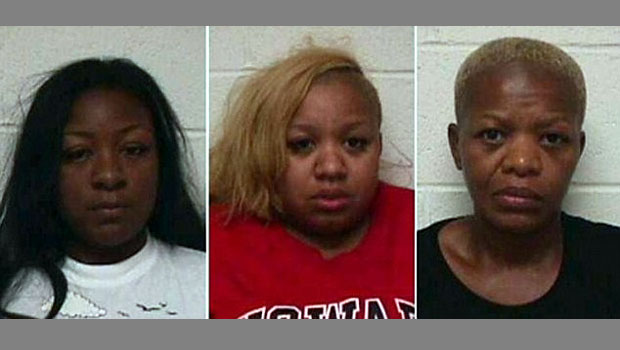 Three more women are accused in the 2011 attack on a southwestern Illinois Red Lobster waitress who was pummeled after serving the wrong fish order.

The three new co-defendants – Denise McNeal, 43, of Jennings, Mo., and Lareka McNeal, 29, and Diane Ryland, 50, both of St. Louis – face charges of aggravated battery and mob action in the December 2011 melee at the restaurant in Fairview Heights, east of St. Louis.

Authorities say the restaurant was busy when a server other than victim Heather Frink took an order from Wilkes and her companions.

Frink said after she brought the customers broiled fish instead of fried fish, she fixed the order and said it would be free because of the mistake. Frink said she was walking away to ask a manager if the table’s other meals would also be free when one of the women at the table called her a profane name.

When Frink challenged the women about the word, she said, Wilkes chucked her beverage into Frink’s face before the four diners began punching and pushing Frink, leaving her with cuts on her nose and forehead and a swollen eye. Frink also said she had to undergo physical therapy for injuries related to being punched in the back.

A customer recorded the attack on a cellphone video that went viral.

Brendan Kelly, the county’s top prosecutor, declined to discuss the matter Thursday, saying the latest charges speak for themselves.