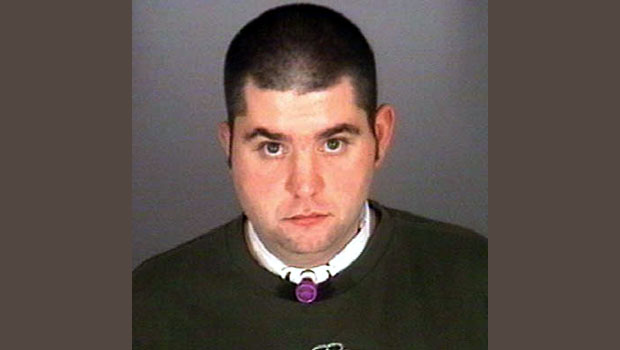 Raeford man charged with killing mother, another woman in Red Springs in February

A Raeford man, Joseph Kelly Matteson, was charged Wednesday with killing his mother and another woman at a home in Red Springs in February.

Matteson, 31, of the 2600 block of Calloway Road, was taken into custody upon his release from UNC Hospitals in Chapel Hill, said Detective Randall Graham, a spokesman for the Robeson County Sheriff’s Office.

Matteson is charged with two counts of first-degree murder and one count each of attempted murder, assault with a deadly weapon with intent to kill and breaking and entering, Graham said.

Matteson went to the residence about 5:30 p.m., where his estranged wife, Kendra Matteson, was staying with the couple’s child.

Kendra Matteson called 911 twice, reporting that he was threatening to shoot her and, later, to report that he was firing shots.

Bullard was found, shot to death, inside the house, along with her son, Mark Bullard, 28, who had been shot multiple times, authorities said.

The shooting happened after an argument between Joseph and Kendra Matteson, authorities reported.

Joseph Matteson, armed with a high-powered handgun, fired until he was out of ammunition and then chased his wife out of the house.

When Matteson came out of the house, Mark Bullard and another person wrestled him to the ground.

Matteson suffered severe head injuries during the struggle and was taken to Chapel Hill for medical treatment.

Matteson is being held without bail on the murder charges.