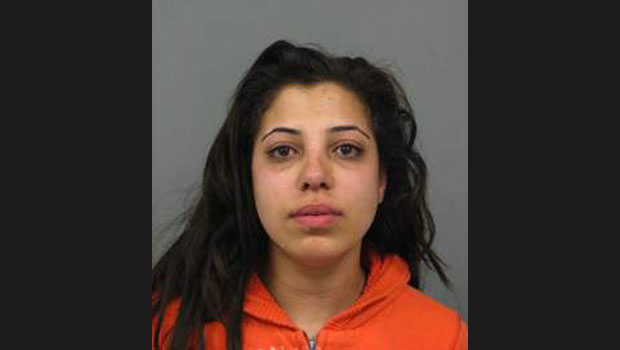 A 23-year-old Skokie woman with a history of marijuana possession admitted she had smoked pot hours before causing a chain-reaction crash that killed an 8-year-old Skokie boy, prosecutors said.

Hanin Goma was charged with one count of aggravated DUI resulting in death and one count of driving under the influence of drugs in connection with Monday’s fatal crash, police said. Blood and urine tests performed after the accident showed she had marijuana and amphetamines in her system, prosecutors said.

Judge Margarite Quinn ordered her held in lieu of $250,000 bail during a hearing Wednesday morning at the Skokie courthouse, according the Cook County state’s attorney’s office.

Authorities said the impact sent her car onto the sidewalk, where Carter Vo was riding his bike.

The car pushed the bike across St. Louis, where it continued to slide until it hit a parked car. Carter’s body was thrown and was found by the curb across the street.

He was pronounced dead on the scene. A Tuesday autopsy found he died of head and brain injuries from the crash. The medical examiner’s office ruled his death an accident.

One other person was treated for superficial cuts.

Prosecutors said Goma told investigators she had smoked pot earlier Monday, and a man told police he had smoked the pot with her.

She was taken to Skokie Hospital, where tests found the drugs in her system, prosecutors said.

Goma pleaded guilty in August to possessing marijuana and was sentenced to serve three months’ court supervision, 24 hours of community service and pay $325 in fines.

She also was ticketed Monday for failure to yield at a stop intersection and failure to provide proof of insurance.

Carter was a second grader at Madison School. Principal Chelsey Maxwell and District 69 Superintendent Quintin Shepherd sent a letter to families Tuesday morning informing them of his death.

“He was a wonderful boy and our thoughts go out to his family,” she said. “It’s a hard time for our school.”

The administrators said a team of teachers and support staff were on hand to support students and parents “as we all deal with the loss of one of our children.”