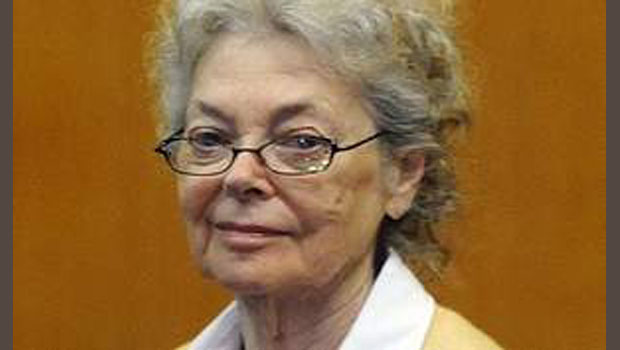 Attorneys presented closing arguments Monday in the trial of a West Bloomfield Township woman charged with killing her 17-year-old grandson during an argument.

Oakland County chief assistant prosecutor Paul Walton described 75-year-old Sandra Layne as a murderer who “hunted down” and killed Jonathan Hoffman inside her condominium on May 18 “because he wouldn’t listen to her.” Defense attorney Jerome Sabbota portrayed Layne as a dutiful grandmother who loved Hoffman and opened her home to him but had finally come to fear his violent outbursts and escalating drug use and acted out of desperation and self-defense.

During the past two weeks, an Oakland Circuit Court jury has listened to evidence experts and heard dramatic 911 phone recordings and compelling testimony, including from Layne herself, regarding events leading up to and after the shooting.

An autopsy showed Hoffman was shot six times at close range. Walton called a witness who told how Layne purchased a Glock semi-automatic handgun a few weeks before the shooting for home protection.

Sabbota said on the day of the shooting, Hoffman had failed a court ordered drug test, thought he might be headed for jail for violating his probation and as his client drove him home from the test, he was acting violent in the car, kicking the dashboard, threatening to take Layne’s car and cash.

Sabbota and Layne, herself, said she only acted in self-defense during a final argument in which Layne claimed Hoffman kicked her in the chest, hit her in the head and struggled for Layne’s gun when she tried to stop him from running away.

Walton asked jurors to consider facts and reach a verdict without sympathy.

Layne, seated in front of the court projection screen, silently rocked back and forth.

Walton said Layne had several minutes to decide whether to pull the trigger on the gun – yet did it 10 times, Walton said.

Police found Hoffman, dressed in shorts and socks, sprawled on the floor of the condo’s loft. Walton said he had been “cornered” in an upstairs bathroom but wasn’t posing a threat to anyone.

“According to Sandra Layne, she’s hiding in a basement,” said Walton. “She walked away from him, by an exit, ignored the cellular phone in her pocket, and returns back up the stairs and shoots him again.

“That is deliberate. That is murder.”

Walton noted that when Layne came out of the house at 5:35 p.m., her first words to police were “I murdered my grandson.”

Walton noted she also showed no injuries and neither her glasses nor makeup were disturbed. All a sharp contrast, he said, to her testimony that she had been suddenly attacked inside the house.

Walton pointed out there were numerous exits and several phones, including cellular phones, available but were not used by Layne.

“What were her options?” he asked the jury. “Did Jonathan have to die?”

“What Sandra Layne did on May 18 was nothing short of first-degree murder,” said Walton. “That is what she did. She hunted down Jonathan Hoffman because he wouldn’t listen.”

Hoffman had been living with Layne and her 87-year-old husband since August after his parents, who were divorcing, moved out of state. His parents determined it would be good for him to finish his senior year in high school with friends, she said.

Layne testified she later bought the gun because she feared her grandson’s friends and late-night visitors. She also testified she armed herself that day to make him “pay attention” and listen to her.

Before deliberations begin, Judge Denise Langford Morris will instruct the jury on options for consideration, including acquittal, first-degree and second-degree murder and manslaughter.