Nathaniel Fujita sentenced to life in prison in Wayland murder

Nathaniel Fujita was sentenced to life in prison without the possibility of parole Thursday after a jury of eight men and four women found him guilty of first-degree murder in the slaying of Lauren Astley, his former high school girlfriend.
Judge Peter Lauriat issued the sentence in Middlesex Superior Court at about 12:20 p.m. Appeal is automatic in first-degree murder cases.

Fujita, now 20, acted with both premeditation and extreme atrocity when he lured 18-year-old Astley to his Wayland home on July 3, 2011, told her to park her car out of sight, and then beat, strangled and slashed her to death before dumping her body in a marsh, the jurors found.

Before the sentencing, Astley‘s parents, who are divorced, gave statements describing the impact of their daughter’s murder. Her father, Malcolm Astley, went first.

Malcolm Astley also talked of the toll that domestic violence takes across the nation. “We do need to expand our efforts to understand what led to this deeply harmful and tragic act,” Astley said. “Three women a day on average in our country are murdered” by a partner.

In describing the toll of his daughter’s murder, Astley said he mourned the loss of future generations “since the eggs inside her have also died along with the chance to be a mother.”

Astley also addressed Fujita and the loss that his family is feeling. “He will have a most demanding challenge to even approach clearing his name,” Astley said.

As a beginning, Astley said, Fujita could acknowledge what he did and “he could apologize for it deeply and repeatedly. He could dig deeply to understand himself and what led to this violence and this loss.”

The victim’s mother, Mary Dunne, then gave her statement.

Dunne talked of being haunted by her daughter’s death.

Fujita did not make a statement before he was sentenced, and showed no reaction when the judge said he would spend the rest of his life in prison.

In convicting Fujita of murder, the jury rejected the defense’s argument that Fujita was psychotic, and therefore not criminally responsible, at the time of the killing.

Asked why Fujita did not stand up and apologize in court, Sullivan said, “This is not the appropriate forum for an apology. If there is ever going to be a conversation like that, it will not be done in public.”

Fujita was silent and hung his head as the verdict was read at around 10:30 a.m., shortly after the jury began its second day of deliberations.

Fujita’s parents were silent as the verdict was read. But then Malcolm Astley walked toward them and put his arms out. The couple began sobbing, and all three hugged — the defendant’s parents and the victim’s father.

Fujita’s lawyer had argued that Fujita was deeply depressed, and was suffering the effects of daily marijuana use and years of football head injuries, when he slipped into a “brief psychotic episode” that left him unable to control or understand his actions during the slaying.

Prosecutors maintained that Fujita was simply enraged over his recent breakup with Astley. 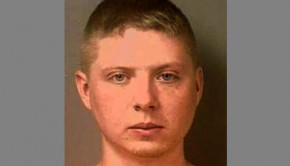