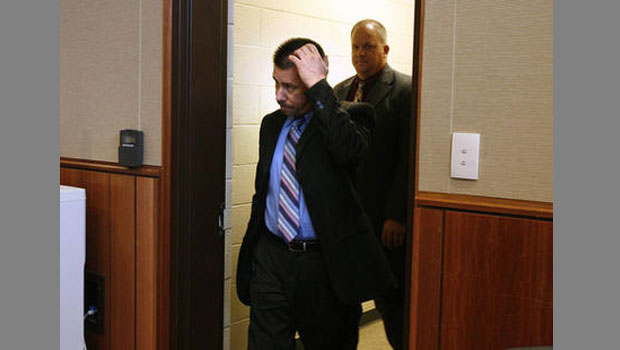 A 41-year-old Mexican national was indicted Thursday by a federal grand jury for intentionally killing a law enforcement officer, in addition to drugs, weapons and immigration charges.

The 11-count indictment charges Roberto Miramontes Roman with intentionally killing Josie Greathouse Fox, a Millard County sheriff’s deputy, while she was engaged in the performance of her official duties. Court documents say he committed the January 2010 killing in connection with distribution of methamphetamine, a felony drug crime.

The defendant is also charged with multiple federal firearms violations, including the use, carry and discharge of a firearm in relation to a crime of violence, for using an assault weapon in the shooting of Fox. The final count of the indictment alleges Miramontes Roman illegally re-entered the U.S. after being deported in September 2005.

Federal prosecutors anticipate Roman will be scheduled for arraignment on the charges in the next few weeks. Last year, a Utah jury found Miramontes Roman not guilty of first-degree aggravated murder in the death of Fox, but convicted him of felony evidence tampering and illegal possession of dangerous weapons. He is currently serving a 10-year sentence in state prison.

The case is being prosecuted by the U.S. Attorney’s Office in Utah and was investigated by the Bureau of Alcohol, Tobacco, Firearms and Explosives and U.S. Immigration and Customs Enforcement’s Homeland Security Investigations.

The maximum penalty for the count alleging intentionally killing a local law enforcement officer engaged in the performance of official duties in this case is life in prison with a statutory mandatory minimum sentence of 20 years. The maximum penalty for each the three counts of distribution of methamphetamine is 20 years in prison, although prosecutors intend to file a notice of intent to seek an increase in the statutory maximum to 30 years. For each of the other seven counts he faces sentences ranging from mandatory minimum sentences of five to 25 years to maximum terms of 20 years to life in prison.

Indictments are not findings of guilt. Individuals charged in indictments are presumed innocent unless or until proven guilty in court.