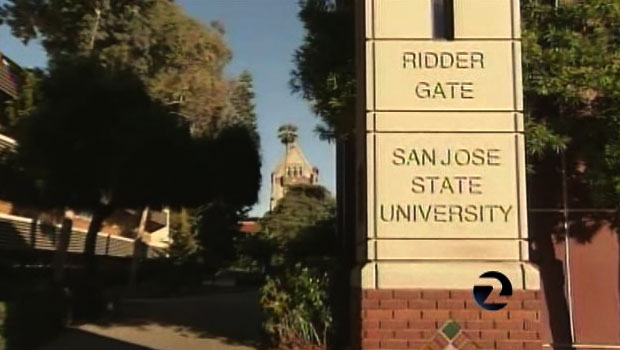 A man was robbed and pistol whipped by three teenage girls on the San Jose State University campus on Thursday night, a university spokeswoman said Friday.

The victim, who is not a university student or employee, was sitting in a grassy area near the Smith/Carlos statue around 8 p.m. when he was attacked by three female suspects, all of whom are thought to have been between 15 and 20 years old, university spokeswoman Pat Lopes Harris said.

One of the suspects struck the victim on the head several times with a handgun, causing minor injuries, before taking his laptop, Harris said.

Police sent out an alert to students and university employees after the incident, warning them to be vigilant on campus.

“We are different from many colleges and universities in that we are in the middle of a very large city so we need to ask people to always be cautious and be careful as they would in any city,” Harris said.

Harris noted that people should put cellphones in pockets and laptops in bags when walking around outside.

Students also have the option of using a police escort service on campus at night, Harris said.

Despite the incident, however, Harris said robberies on campus are relatively rare, and the incident might be the fourth such attack in the past year.

All three suspects were described as black females between 15 and 20 years old. The first was around 5 feet 6 inches tall and 140 to 150 pounds and wearing a red shirt and blue jeans, with a lip piercing.

The second suspect was wearing mostly dark clothing, and the third was wearing a black shirt and a black baseball cap with white lettering on it.