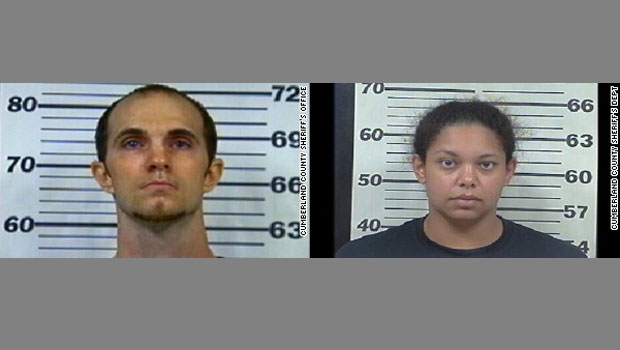 A 26-year-old man and his girlfriend were indicted on murder charges Friday, more than a week after a marijuana deal turned into a robbery and ended with four young people shot dead in a car along a rural Tennessee road.

Jacob Allen Bennett and 25-year-old Brittany Lina Yvonn Moser were indicted Friday by a Cumberland County grand jury. Friday’s indictment was the first time Moser had been officially tied to the crimes.

Except for the premeditated murder counts, those are the same charges leveled against Moser under the same indictment. She was arrested Friday morning at her home in Dayton, about 40 miles south of the crime scene.

The twin indictments and other details revealed Friday by the state investigation bureau shed light on what happened late in the night September 12 that resulted in the deaths of three teenagers and a young mother.

That night, authorities allege, Bennett and Moser tried to rob two of the would-be victims — Domonic Davis and Rikki Jacobsen — during what was a “marijuana exchange.”

Somehow, that led to gunshots. Jacobsen, who was in the driver’s seat, and her three passengers — Davis 17, Stephen Presley, 17, and 16-year-old Jonathan Lajeunesse all were killed.

Their killings shocked the 57,000 residents of rural Cumberland County, a place that school district superintendent Donald Andrews described as a “down-home-type community” where “everyone seems to know everyone.”

“It’s something that reverberates through the entire community,” said Andrews. “The loss of life is always tough, and especially (so) when it’s young people.”

Bennett was arrested within 20 hours of being spotted by a passerby in a car near the Renegade Mountain community, about 70 miles west of Knoxville.

Authorities relatively quickly linked Bennett to the killings, initially taking him into custody without incident in nearby Rhea County on a parole violation.