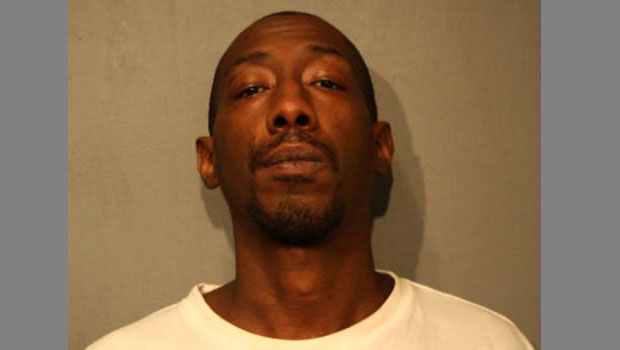 A Bronzeville man was stabbed to death when the man now charged with his murder tried to break up a fight over a card game involving the victim and the son of the suspect, authorities said today.

Timothy Barber, 40, has been charged with second-degree murder in the death early Aug. 30 of Lamont Larkins, 24, of the 4000 block of South Calumet Indiana Avenue, prosecutors said. Barber was sentenced in 1993 to 20 years in prison after he pled guilty in connection with a murder for which he was originally charged in 1988, according to court records.

Barber and his son were playing a game of spades for money with Larkins and another person at a home in the 4000 block of South Calumet Avenue, when a dispute over allegations of cheating arose among Larkins, Barber and Barber’s son, and Larkins and Barber’s son started fighting, said Cook County state’s attorney’s spokeswoman Tandra Simonton.

Larkins punched Barber’s son in the nose, and the tussle ended up in the home’s yard, with Barber and other friends trying to pull the two men apart, prosecutors said. Barber pulled out a knife and stabbed Larkins in the arm, back, and face, with the knife puncturing his chest.

The victim was found stabbed in an alley in the 4000 block of South Calumet Avenue a little before 12:40 a.m. that day, said Chicago Police News Affairs Officer Jose Estrada.

Police were called to the scene because of a person who had been stabbed, and arrived on scene to find the victim on the ground, Estrada said.

Barber was identified as the person who stabbed the victim, and he was arrested Sunday at his home in the 200 block of East 135th Place, police said.

Information about the murder for which Barber was charged in 1988 was not immediately available.