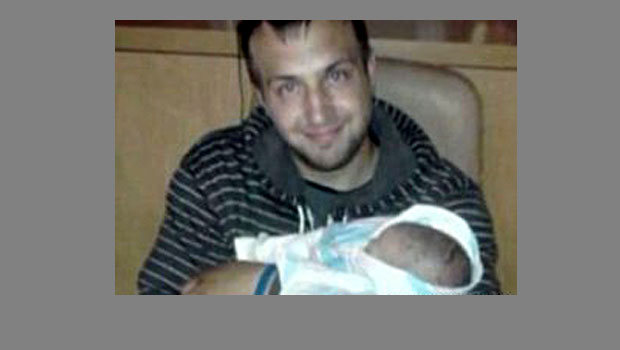 A man from Washington state faces attempted murder charges after police said he allegedly put his six-week-old baby daughter in a freezer to stop her from crying.

Tyler Deutsch, 25, reportedly left his baby girl in the ice box for an hour on Saturday afternoon. The girl’s 22-year-old mother called 911 when she saw Deutsch remove the baby from the freezer, ABC affiliate KOMO reported. KOMO learned Monday that the infant also had several broken bones, “indicating more may have been done to the girl than just placing her in the freezer,” the news outlet reported.

In a news conference, Pierce County Sheriff’s spokesman Ed Troyer said Deutsch admitted to putting the infant in the freezer. Although Troyer said the father later expressed remorse, the situation could easily have turned fatal.

“We don’t believe it was a [case] of punishment or discipline. It was only a six-week-old kid,” Troyer told Fox affiliate KCPQ.

The baby girl was admitted to an area hospital with a body temperature of 84 degrees, according to the Associated Press. The National Instituties of Health website notes that “a body temperature below 95 [degrees Fahrenheit] is a medical emergency and can lead to death if not treated promptly,” and that “Babies… are especially at risk. Babies can get [hypothermia] from sleeping in a cold room.”

The infant girl is expected to recover. Her father is scheduled to appear in court May 28. According to KCPQ, Deutsch has no criminal record.

In May 2012, a New Jersey babysitter and her male companion were investigated after a toddler in their care became locked inside a washing machine at a laundromat. Closed-circuit television footage of the incident went viral after being posted to YouTube. In that incident, an attendant came to the child’s rescue, and unplugged the machine.

According to ABC News, the 1-year-old boy sustained only minor bruises, despite being trapped in the running machine for a minute.