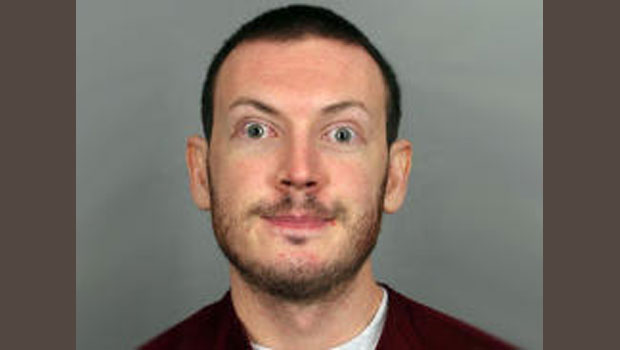 James Holmes, the accused gunman in the deadly Colorado theater shooting last July, is expected to enter a plea in court today. It comes nearly eight months after he went on a shooting rampage that killed 12 people during a screening of the latest Batman movie.

If Holmes, 25, pleads not guilty by reason of insanity, he would be examined by doctors at the state mental hospital and could be given “truth serum” under a court order issued Monday to help determine whether he is legally insane.

Holmes faces multiple counts of murder and attempted murder in the July 20, 2012 attack that killed 12 and injured 70 during a midnight premiere of “The Dark Knight Rises” in the Denver suburb of Aurora.

Arapahoe County District Judge William Sylvester said Holmes could be required to submit to a “narcoanalytic interview,” a decades-old process in which patients are given drugs to lower their inhibition. Academic studies showed that the technique involved the use of sodium amytal and pentothal, sometimes called truth serum.

In an advisory that Holmes would have to sign if he enters an insanity plea, Sylvester didn’t specify what type of drugs would be used but said the examination could include “medically appropriate” ones.

Sylvester said Holmes also could be given a polygraph examination as part of the evaluation.

After reading a draft of the advisory, Holmes’ lawyers objected, filing documents opposing the technique. They said a narcoanalytic interview and a polygraph would violate their client’s rights.

In the final version of the advisory, Sylvester said he had incorporated some suggestions from the defense and the prosecution, but he did not address the defense objections to a narcoanalytic interview and polygraph.

Karen Steinhauser, a former prosecutor who is a law professor at the University of Denver and a defense attorney, said she could not find any case law about use of the narcoanalytic interview.

“It comes up so rarely,” she said, adding she knows nothing about it.

She noted the technique is clearly allowed by Colorado law.

If a jury agrees he was insane, he would be committed indefinitely to a state mental hospital. There would be a remote and unlikely chance he could be freed one day if doctors find his sanity has been restored.

No matter how Holmes pleads, he could still be convicted and sentenced to execution or life in prison without parole. Prosecutors have 60 days after the plea to say whether they will seek the death penalty.