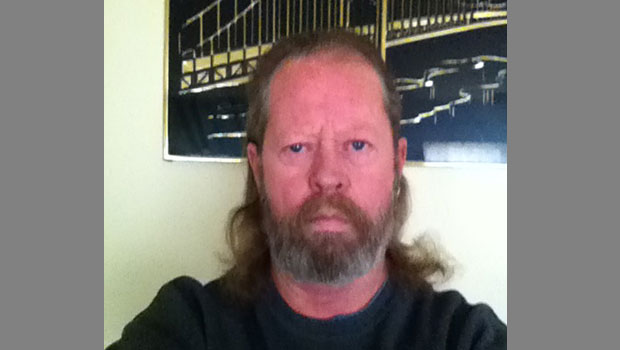 James Crocker had grown weary of the partying canoeists and rafters who encroached on his neatly kept property along Missouri’s Meramec River. When he caught a man about to relieve himself on a gravel bar by his yard last month, a nasty confrontation ensued that ended with one person dead and Crocker accused of killing him.

The case against Crocker is the latest to put a spotlight on “castle doctrine” laws, which allow the use of deadly force to protect property. Missouri is among at least 30 states that have enacted the statutes, which supporters say protect gun rights but others insist promote vigilantism.

Crocker’s attorney, Michael Bert of St. Louis, said that Crocker was defending himself and his property.

Prosecutors see it differently. Witnesses who testified at a hearing this month said Crocker was angry and raging, shooting into the crowd of people, narrowly missing two others before killing 48-year-old Paul Dart Jr. of Robertsville, Mo. Crocker has been charged with second degree murder.

Crocker, a 59-year-old plastics plant worker with long hair and a thick goatee, lives in a small white frame home on a shaded gravel road about eight miles west of Steelville, the self-proclaimed floating capital of the world. Tens of thousands of people come to the region every year to raft, canoe or kayak down the Meramec and nearby rivers.

That doesn’t sit well with owners of land that touches the river. Many have complained for years about loud parties, trash left behind and crude behavior.

Crocker, though, kept his yard trim and tidy – “like a park,” Smelser said. To keep out the unwanted, Crocker posted “No Trespassing” and “Private Property” signs along the hill that slopes down to a gravel area along the meandering river.

On July 20, Dart, a carpenter, and around four dozen other members of an extended family gathered at a campground for their annual float trip along the Meramec. A few hours into the trip, Robert and Regina Burgess stopped their canoe on a gravel bar. Robert, who had drunk about three beers, decided to relieve himself, he testified at the preliminary hearing.

Burgess and his wife testified that Crocker was immediately agitated and aggressive, firing two shots in their direction – Robert said one hit the ground near his feet. Another bullet hit Dart in the face.

Burgess said it was only after Dart was shot that members of the party picked up rocks to defend themselves against Crocker, who was armed with a 9mm semi-automatic pistol.

Crocker didn’t testify at the hearing, but his attorney gave a different account.

In an interview with The Associated Press, Bert said Crocker politely asked the float trip party to leave. “The response he got was angry and profane,” Bert said.

Crocker and those in the float trip party argued over whether the gravel bar was public land or Crocker’s. Eventually, the men picked up “softball-sized” rocks and began pelting Crocker, Bert said. He said Crocker suffered head injuries, then fired his gun to defend himself.

Whether or not the floaters were on Crocker’s property may be an issue in the case since Missouri law isn’t clear on where private property along a waterway begins. Some experts say it starts at the vegetation line; others say property rights extend to the center of a river or stream.

Missouri’s castle doctrine statute, enacted in 2007, gives residents a legal right to defend themselves and their property against intruders. Supporters of such laws cite a number of cases in which homeowners were able to fend off burglars or other criminals without fear of prosecution. But Florida’s law gained notoriety after a neighborhood watch activist, George Zimmerman, fatally shot teen Trayvon Martin, and was acquitted of criminal charges.

Crawford County detective Zachary Driskill said he asked Crocker if he could have called police instead of taking matters into his own hands.

“I guess I could have, but it’s my property and I was going to protect it,” Crocker responded, according to case documents.