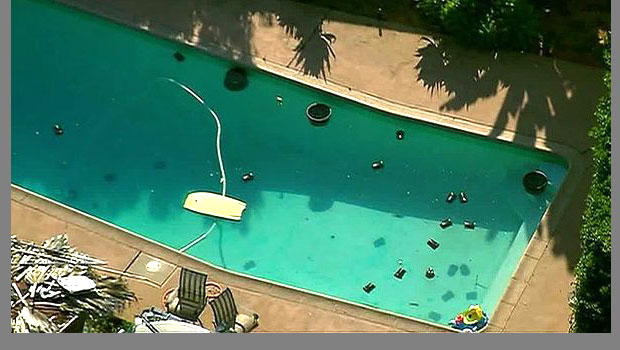 A 2-year-old died Monday night after he was pulled out of a backyard swimming pool in La Mesa.

His 1-year-old sister was also pulled from a pool in the same incident and was pronounced dead Monday.

There is no indication of foul play, according to the San Diego County Sheriff’s Department. Investigators will meet with the district attorney’s staff to determine if any charges will be filed against the mother or her male friend who owned the home.

The friend, Larry Dangelo, 44, was arrested Monday on marijuana-related charges. Investigators found a marijuana “grow” operation in the home when they went to investigate the swimming pool incident.

The children’s mother and Dangelo, who lives at the home, had apparently not realized the children had fallen into the pool, authorities said.

The mother said she had been asleep and awoke about 9:45 a.m. Monday to find the children in the pool, floating and unresponsive. The adults then rushed them to a nearby fire station, where paramedics attempted to revive them.

Both children were taken to hospitals. The 1 year-old girl was pronounced dead, and the 2-year-old boy was in the intensive care unit at Rady Children’s Hospital in San Diego, where he died.

While at the fire station, the mother’s friend disappeared. He was later found by sheriff’s investigators.

The mother explained that she did not want to get her friend in trouble, according to Lt. Glenn Giannantonio.

If you have been arrested for a Drug Cultivation or Manufacturing Crime the Law Offices of Daniel R. Perlman can help. Please contact a Los Angeles Drug Cultivation Defense Crimes Attorney today to have your case reviewed. 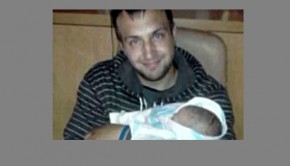