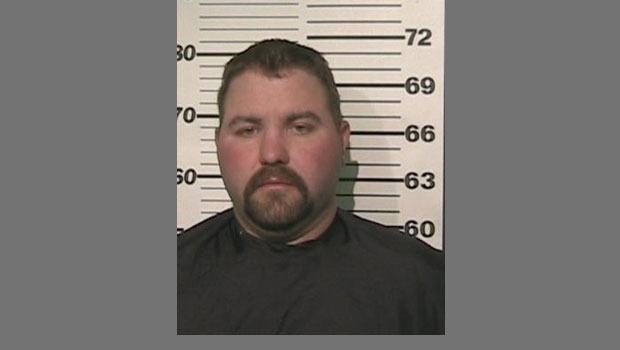 A Sheriff’s Deputy was killed in the line of duty Saturday night, while directing traffic.

Just before 10:30, Fannin County Sheriff’s deputies and DPS troopers were in pursuit of a driver heading westbound on Highway 82. The pursuit ended at the intersection of 82 and Bethany Road — just east of Sherman.

That’s when officers, including Sheriff’s Deputy Chad Key, were called out to assist in directing traffic at the scene but that routine assistance turned into a deadly accident.

Sheriff’s Deputy Chad Key responded to this intersection of Highway 82 and Bethany Road east of Sherman, just before 10:30 Saturday night.

“They were working that scene and our deputy was out there assisting with traffic control, helping route cars around,” Lt. Rickey Wheeler said.

Key was rushed to Texoma Medical Center in Denison, where he later died.

Deputy Key graduated from Sherman High School. He joined the Sheriff’s Office in 2009 as a corrections officer. Co-workers say it was his dream to become a Sheriff’s deputy. That dream become reality not long ago.

“He put himself through night classes at Grayson County College and achieved that goal June of last year. In August, he was selected from a board and he was promoted to patrol deputy in February the 2nd of this year,” Lt. Wheeler said.

He had been a patrol deputy for just 77 days. Key leaves behind a wife and three sons ages 20, 10 and two months old. Lt. Rickey Wheeler says he will be missed.

“Everyone in the corrections division over there loved him to death. They said he was a great worker and a great friend to every one over there. And when he came to this side he had done an excellent job for us over there. He exceeded his expectations as a deputy here. And he was well on his way to a great career in law enforcement,” Lt. Wheeler said.

Stanley has been arrested and is facing several charges including intoxication manslaughter, causing the death of a peace officer and failing to stop and render aid.

Authorities say he has been taken to another County’s jail for his own safety. This is not Stanley’s first drunk driving related offense.

“The driver of the truck from our understanding he has two previous DWI convictions. He was arrested August of 2012 for his third arrest which would be his thrid conviction if convicted on that. He was out on a $10,000 bond with conditions,” Lt. Wheeler said.

Texas DPS along with the Texas Rangers are investigating the accident.