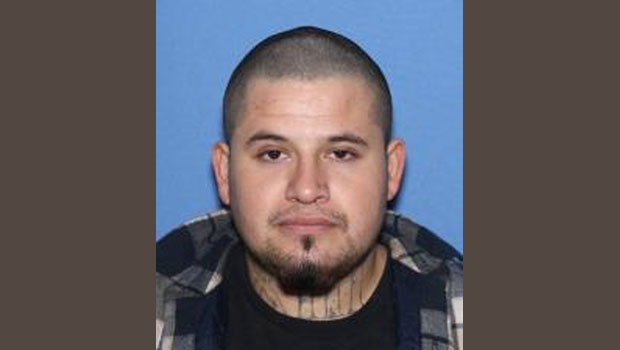 A Fort Smith man arrested after a teacher saw him sitting in a vehicle outside Lavaca Elementary School with a pistol is facing federal charges.

Esteban Arreola, 29, made an initial appearance Friday in U.S. District Court on complaints of possession with intent to distribute methamphetamine and being a felon in possession of a firearm.

Arreola is being held without bond and was assigned a public defender.

Arreola and Vanessa Barrett were in a 2005 White Ford Crown Victoria about 3 p.m. March 14 when school staff, who didn’t recognize them, started to question the pair and noticed a pistol partially concealed under his leg, according to an arrest warrant affidavit.

After noticing the gun, teachers rushed students into the school, and Arreola and Barrett left the area.

About 10 minutes later, a Sebastian County sheriff’s deputy saw the vehicle – driven by Arreola – traveling west on Arkansas Highway 255 at a high rate of speed when Central City Police Chief James Hamilton stopped the vehicle with the assistance of sheriff’s deputies, according to the affidavit.

A search of the vehicle revealed a .45 caliber pistol, a .22 caliber rifle, .22 caliber and .380 caliber ammunition, $2,064 cash and a little more than seven ounces of what appeared to be methamphetamine, according to the affidavit. Barrett was not in the car when Arreola was stopped.

Lavaca police and deputies located Barrett, who told them Arreola gave her a ride to pick up her children because she’d been drinking, she wasn’t aware of the rifle or drugs found in the car, but Arreola had shown her the pistol after they arrived at the school, according to the affidavit.

Barrett was arrested on suspicion of possession of drug paraphernalia, but Sebastian County circuit and district court records don’t indicate any criminal charges have been filed against her.