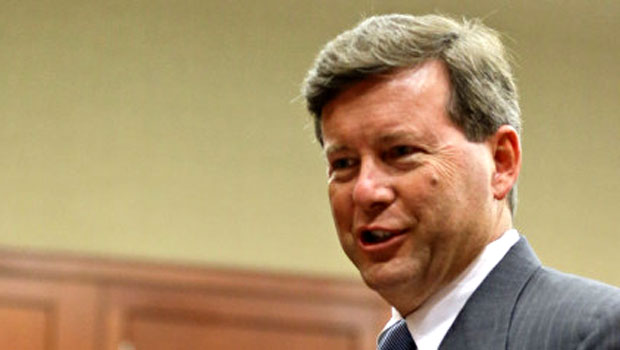 Prosecutors rested their case Monday in the trial of a Jacksonville attorney accused of masterminding a veterans group that ran a $300 million gambling operation.

Prosecutors told jurors at attorney Kelly Mathis‘ trial Monday that they had rested their case, less than 10 days after giving opening statements in which they accused Mathis of helping build a network of Internet cafes that actually were computer casinos.

The prosecution rested without calling some of Mathis‘ key co-defendants who had reached deals with prosecutors: former Allied Veterans of the World leaders Johnny Duncan and Jerry Bass as well as Chase Burns, who operated a company that made software for computers at the dozens of Allied Veterans centers around Florida.

Mathis’ attorney says the fact that prosecutors didn’t call the other defendants shows the weakness of their case. The three witnesses “intended to tell the truth,” and the truth would have hurt prosecutors’ chances of convicting Mathis, said defense attorney Mitch Stone.

“Their case certainly has a lot to be desired,” Stone said. “We were expecting a lot more.”

Prosecutors refused to comment on why they didn’t call the co-defendants as witnesses.

“The judge should grant a judgment of acquittal, and stop the case,” Curtis Fallgatter, an attorney for Duncan, said in an email.

The arrest of Mathis and 56 other people in March prompted the Florida Legislature to ban the storefront Internet cafes and led to the resignation of former Lt. Gov. Jennifer Carroll, who had worked as a consultant for Allied Veterans. She has denied wrongdoing and wasn’t charged.

Mathis is pleading not guilty to more than 150 charges, including possession of slot machines, keeping gambling houses and other charges. He claims he only gave legal advice and did nothing wrong.

But prosecutors alleged Mathis helped build up the network of casinos by claiming they were businesses where customers could buy Internet time, when in reality most customers played slot machine games on computers and didn’t use the Internet.

The trial had been expected to last up to six weeks but now will be much shorter.