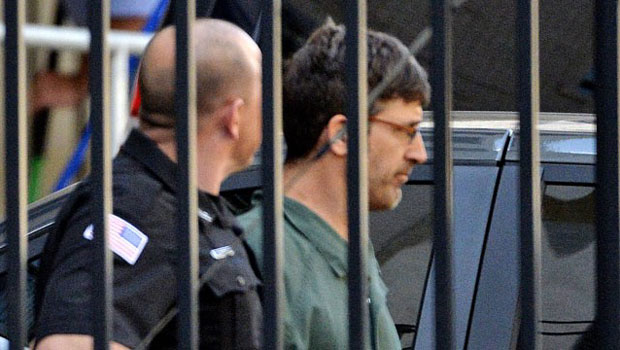 A New York man who allegedly wanted to kill President Obama and apparently blamed him for the recent Boston bombings has been arrested for trying to build and detonate an X-ray weapon of mass destruction.

Glendon Scott Crawford, 49, of Galway, N.Y., spent months designing and constructing an X-ray system that would emit deadly amounts of radiation and could be detonated remotely, according to the FBI. Crawford recruited Eric J. Feight, 54, of Hudson, N.Y, to join in the plot, and both were arrested Tuesday, the FBI said.

Crawford and Feight allegedly planned to hide their weapon in a truck and FBI experts said it would have been “functional” and “lethal.”

“Obama’s policies caused this,” Crawford allegedly wrote in a text message on April 15, the day a series of bombings killed three and injured scores more at the Boston marathon.

“He directed the [government] to start bringing [Muslims] here without background checks,” Crawford wrote, according to the FBI. “They don’t have to follow any laws, and this administration has done more to enable a government sponsored invasion than the press can cover up.”

The FBI launched an investigation into Crawford last spring after he allegedly walked into a synagogue in Albany, N.Y., and inquired about technology that could kill “Israel’s enemies while they slept.” The synagogue notified police, and within six weeks the FBI had a source secretly recording meetings with Crawford, according an FBI affidavit filed in the case.

In a June 2012 conversation, Crawford – described by the FBI as a member of the Ku Klux Klan – called his design “Hiroshima on a light switch,” the affidavit said. And in August 2012, Crawford allegedly asked a high-ranking official in the KKK for money to fund his plot. The KKK official informed the FBI, and within weeks two undercover agents posing as KKK members were introduced to Crawford.

Over the next several months, Crawford conducted extensive research for the design, at times expressing frustration over the slow pace of the team’s progress, the FBI affidavit indicated. Ultimately, with help from the undercover agents, Crawford and Feight acquired the necessary parts and even tested the device that would remotely detonate the weapon, according to the FBI. It would all be powered through a truck’s cigarette lighter, the FBI said.

Crawford and Feight planned to meet Tuesday to connect the final components of their weapon, but they were arrested by the FBI.

The pair had met at GE, where Crawford was an industrial mechanic and Feight sometimes worked as an outside contractor due to his engineering skills. But GE has “no reason to believe” any crimes “took place on GE property,” and Crawford has since been suspended, the company said in a statement.

“We are cooperating fully with authorities on their investigation,” said Jim Healy, communications director for GE Power & Water.

Both defendants have been charged with conspiracy to provide material support to terrorists, namely through use of a weapon of mass destruction. The charges came via a criminal complaint, which means a grand jury will decide whether to indict the men if a plea deal is not reached beforehand.

In a statement, U.S. Attorney Richard Hartunian said the public must “remain vigilant to detect and stop potential terrorists,” and the head of the FBI’s field office in Albany, Andrew Vale, said such anti-terrorism efforts “are only successful” with the public’s help.