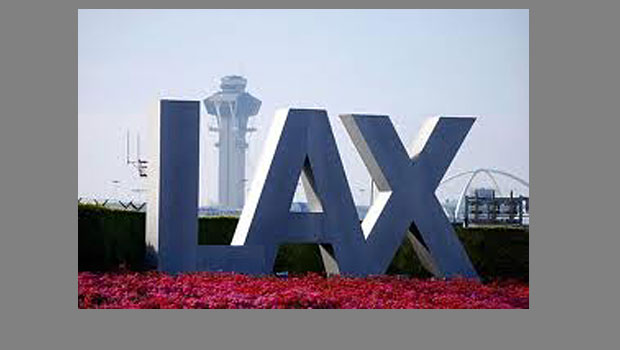 A father and son were arrested yesterday afternoon as they were about to board a plane to Moscow on federal fraud charges that include allegations that the older man sent tens of thousands of bogus “invoices” to small business owners in California in a shakedown scheme that caused at least 5,000 victims to send $225 to a fake company that purported to be a state agency.

The men – Viktor Ryzhkin, 45, of the Little Armenia section of Los Angeles; and his son, Evgenii Ryzhkin, 22, who lived with his father – were arrested late yesterday afternoon at Los Angeles International Airport by federal agents as they prepared to board a Transaero Airlines flight to Russia. The Ryzhkins, both of whom are Russian nationals, and two other family members, all had one-way tickets to Moscow that had been purchased on Monday.

According to a criminal complaint filed Thursday afternoon in United States District Court, Viktor Ryzhkin targeted more than 170,000 California small business owners in a mail fraud scheme that would have brought in nearly $40 million had all of the potential victims complied with demands to send payments to “Corporate Business Filings,” a Beverly Hills company set up and controlled by Viktor Ryzhkin.

The small business owners targeted in this scheme received invoices that appeared to be from the State of California, notifying them that they each owed $225 to the state and directing them to fill out certain forms related to their businesses. The letters sent to the victims – all of which were sent over the course of several days at the end of March and beginning of April – each listed the correct, publicly available California Small Business Administration entity number assigned to the particular small business. The business owners were told in the letters that they would face $250 penalties if they did not remit payment by April 15, 2013, and did not fill out the forms as directed. The letters and invoices that appeared to be from the State of California were completely bogus.

Investigators believe that Viktor Ryzhkin became aware of the investigation into his scheme in late last month. Viktor and Evgenii Ryzhkin, accompanied by the two family members, were about to board a plane at 4:00 p.m. yesterday, when they were arrested by United States Postal Inspectors.

Evgenii Ryzhkin was charged in a separate criminal complaint filed yesterday in United States District Court. Evgenii Ryzhkin is charged with participating in a conspiracy to take over home equity lines of credit in a scheme that caused at least $1.2 million in losses. According to the affidavit in support of the criminal complaint against Eygenii Ryzhkin, he was caught on surveillance video depositing a stolen check linked to a hijacked HELOC account.

Both Ryzhkins are expected to make their initial court appearances this afternoon in United States District Court.

Viktor Ryzhkin is charged in a criminal complaint with mail fraud, which carries a statutory maximum sentence of 20 years in federal prison.

Evgenii Ryzhkin is charged in a separate criminal complaint with bank fraud and conspiracy to commit bank fraud, each of which carries a statutory maximum sentence of sentence of 30 years in federal prison.

A criminal complaint contains allegations that a defendant has committed a crime. Every defendant is presumed to be innocent until proven guilty in court.

This two cases against the Ryzhkins are being investigated by the United States Postal Inspection Service. The Federal Bureau of Investigations and U.S. Customs and Border Protection assisted during yesterday’s arrests.