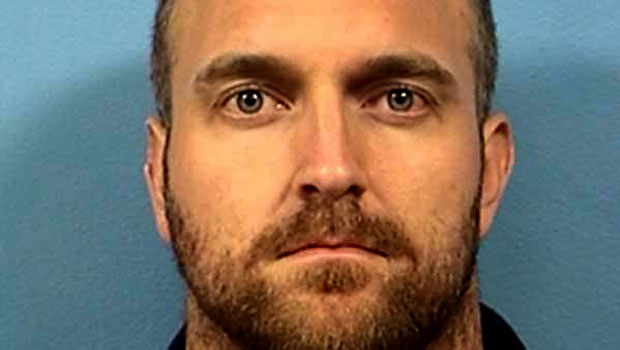 A second ex-nuclear plant technician has been arrested for his alleged role in a 2012 carjacking in Woodridge, DuPage County State’s Attorney Robert Berlin said.

A grand jury recently had indicted Brittain, a former employee of the Dresden power plant in Morris, though the indictment remained impounded as officials ascertained his location, Berlin said. Brittain was recently apprehended in Venezuela and flown to New York where he was held by U.S. Marshalls before his extradition to Illinois, Berlin said.

Brittain is charged with aiding and abetting Michael Buhrman, who is a fugitive following his trial and sentencing in absentia for the May 2012 carjacking.

In April, a DuPage County jury found Buhrman, 32, a former plant operator at Dresden, guilty of robbing a woman at gunpoint of her 2000 Pontiac Grand Am in the parking lot of a Woodridge department store. Buhrman was stopped by police minutes after the crime, and they found his mask, gun and a two-way radio in the stolen car.

However, Buhrman, formerly of Coal City, disappeared in September while out on bond. Prosecutors have said in previous court filings that Buhrman had hinted to friends that he might have been planning to flee to South America.

Berlin said Brittain aided in the carjacking, though he said he could not discuss details of Brittain’s role. The obstruction charges stem from an allegation that Brittain provided misleading information to the police in the initial stages of the carjacking investigation, according to Berlin.

Brittain had been suspended from his job last year, following Buhrman’s arrest, according to prosecutors.