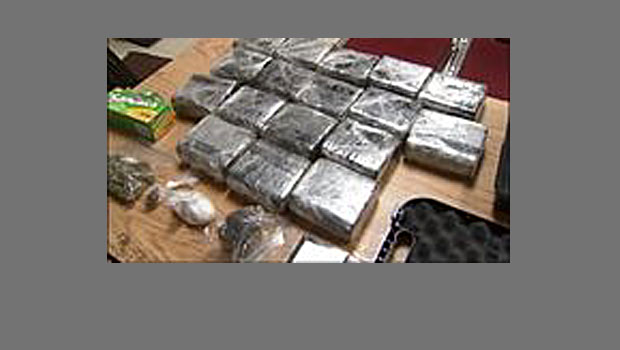 Narcotics detectives from the Allegheny County District Attorney’s Office and local police arrested three men and confiscated millions of dollars worth of cocaine and more than $100,000 in cash Tuesday evening during a drug bust at a home in Penn Hills.

Detectives, investigating drug activity in Monroeville at the request of police, saw Faistino Hernandez Rodriguez, a Mexican national, leaving the Days Inn motel and driving to the home of William Wilson on Pinewood Square in Penn Hills, said Mike Manko, a spokesman for District Attorney Stephen A. Zappala Jr.

Detectives saw Leland Cobb, of Homewood, leaving the residence with a large bag and searched the home and found four kilos of cocaine, a stolen gun and the money, Manko said.

“The narcotics folks are trained to look for different indications of drug trafficking and he caught their attention. They followed it up with a very significant arrest,” Monroeville police Chief Steven Pascarella said.

“With no prior knowledge, to make that arrest was a great job by the detectives. It was just really heads-up police work,” Pascarella said.

“There is a narcotics problem in Monroeville and we were trying our best to address it with the resources we have. We asked the District Attorney’s Office to help us and they certainly did,” Pascarella said.

Allegheny County District Attorney Stephen Zappala said “Chief Pascarella communicated that because of the road systems in and around Monroeville, he was concerned Monroeville had become a destination point for drug transactions as well as persons selling stolen items from burglaries.”

Police said Wednesday that more cocaine was found in Wilson’s house and car.

The DA’s office said the investigation is far from over, and they’re looking for others who were involved.