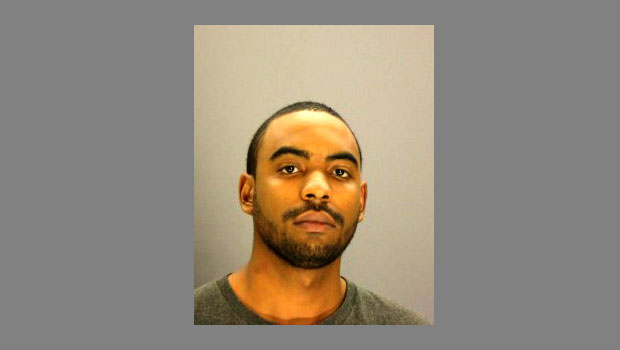 Police arrested the suspect, Curtis Purvis, a few days later after he was found parked down the block from Dobie Primary School with his 5-month-old baby in the back seat.

Purvis, 23, was booked into the Dallas County Jail on charges of indecency with a child by exposure.

The mother told police that she was leaving the school last Thursday when she saw Purvis sitting in the passenger seat of his green car with the door wide open, blocking the sidewalk, according to a arrest records.

The following day, the witness reported the incident to Dobie Elementary School’s principal, who proceeded to call 911 and file a report on her behalf.

On Monday, a police officer was on routine patrol when he observed Purvis parked in an older-model green car down the block from the school, again with the passenger side door open, the affidavit said.

When the officer pulled up behind his car, Purvis quickly closed the door, raised his seat from a reclined position and reached down to the floorboard, the records say. The officer said he seemed very nervous.

The officer determined Purvis already had a warrant out of Lewisville Police Department and arrested him for this warrant.

The officer also noticed a 5-month-old baby in the rear passenger seat, who was taken by Dallas police officers to the mother’s home, according to the affidavit.