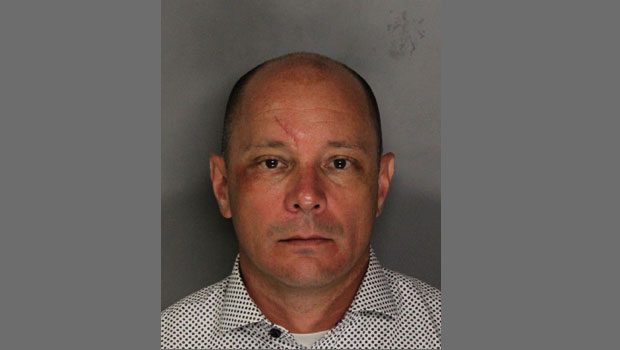 Police officers are supposed to serve and protect, so Sacramento, Calif. residents were shocked to learn a member of the CHP (California Highway Patrol) is suspected of molesting a young disabled man in the bathroom of a popular mall.

Jeffery Closson, a 25-year veteran of the California Highway Patrol, was arrested on Friday and charged with two misdemeanor counts of sexual battery and disorderly misconduct, according to local NBC affiliate KCRA. He was later released on $5,000 bail, the Associated Press reports.

Closson, who was off-duty at the time of the alleged incident, has been placed on administrative leave pending an internal review by the CHP, according to the Sacramento Bee.

Arden Fair Mall officials were alerted to the incident by the victim, a 22-year-old man with disabilities, according to local CBS affiliate CBS13.

The victim said that on June 22, Closson inappropriately touched him in the men’s bathroom of Macy’s. He also said Closson was exposing and touching himself. Arden Fair Mall security chief Steve Reed said they were able to identify Closson using some of the mall’s hundreds of high-definition cameras.

“We got the car when it was coming in initially. We got the license plate, we pretty much had an idea who the individual was the very first day,” Reed told CBS13.

In an interview with the local Fox affiliate. the father of the victim expressed satisfaction with Closson’s arrest but disgust that a police officer had potentially abused his power.

“You’re in a public restroom. Preying on someone like him. It’s disgusting,” Jim Garcia said. “You know what you did. Ryan knows what you did. Be a man. You’re supposed to be out there protecting people.”