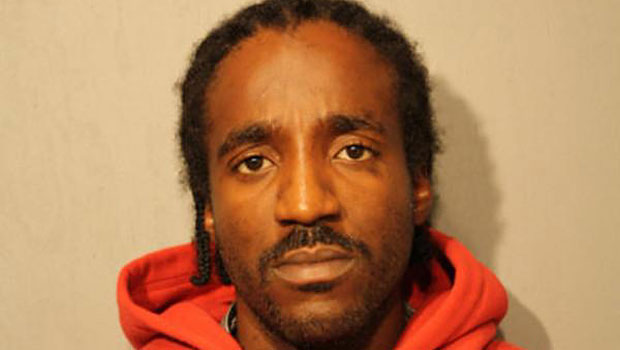 No bail for 2nd man charged in slayings of mother, 5-year-old boy

A Chicago man was ordered held without bail Sunday for his alleged role in the June killing of a 5-year-old boy and his mother, as well as what prosecutors say was his attempt later the same day to have his accomplice murdered.

Larry Cox, 28, of the 1400 block of West 85th Street, has been arrested and charged with two counts of first-degree murder and violating parole, police said in an email statement this evening. He is accused of participating in the shooting of Chavonne Brown, 31, and her son, Sterling Sims, age 5.

Cox and Antonio Lewis, 18, who is already charged in the dual killings, were looking to rob the home where Chavonne Brown, 31, and her son, 5-year-old Sterling Sims, lived, Assistant State’s Attorney Latoya Croswell said Sunday in Cook County Bond Court.

Lewis followed Brown into her home in the 5300 block of South Winchester Avenue around 2:30 a.m. on June 28, after she took her fiance to work, Croswell said.

While Cox lingered in the car, Lewis entered Brown’s home and shot both Brown and her son in the head, according to Croswell.

Lewis also tried to shoot Sterling’s 11-year-old brother, but his gun malfunctioned, according to Chicago police.

Cox and Lewis fled the scene with plans to split the proceeds from the burglary, Croswell said.

Later that day, Cox called a third person and arranged to have that person kill Lewis, Croswell said.

Cox told the third person, who has not been charged, that he would give him a half-pound of marijuana for killing Lewis, according to Croswell.

Cox and the third person met up with Lewis and drove to the 2800 block of West Arthington Street so Lewis could retrieve the stashed murder weapon before leaving town, according to Croswell and court records.

Once there, the third person shot Lewis 11 times, according to Croswell.

The third person then returned to a waiting Cox and told him it was not clear if Lewis was dead, according to Croswell.

Cox went to Lewis and tried to stab him, but the knife’s blade bent, she said.

Cox then stomped on Lewis’ head numerous times before he saw police in the area and fled, according to Croswell.

Cox was arrested Friday after he fled police and was found hiding under a bed in a residence in the 5700 block of South Laflin Street, according to court records.

Cox was on parole for an aggravated battery with a firearm conviction at the time of the incidents, according to court records.

Cox admitted to his role in both incidents to police, according to Croswell.

Lewis was taken in critical condition to Mount Sinai Hospital and police said at the time they were not sure he was going to survive.

A police officer testified last week in bond court that Lewis remained hospitalized with gunshot wounds. His bond hearing has been rescheduled for Aug. 22.