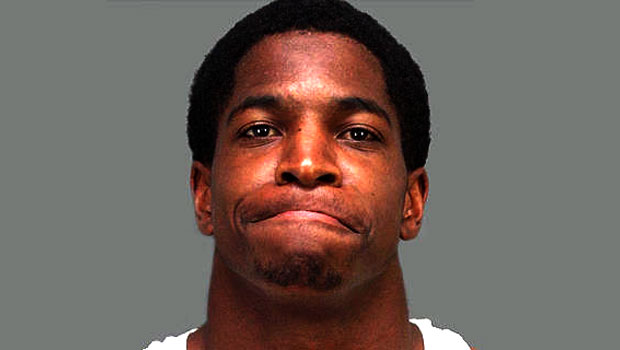 A California judge issued an arrest warrant Tuesday for Titus Young after the former Detroit Lions wide receiver missed a fourth court hearing on charges of burglary and attempted burglary.

However, Young‘s attorney Altus Hudson said he doesn’t expect his client to be arrested, saying the court knows his location. He declined to elaborate outside court.

Orange County Superior Court Judge Andre Manssourian issued the $100,000 bench warrant after meeting with Hudson and the district attorney’s office in chambers. The judge also revoked Young‘s bail and accepted a document from the defense under seal.

The 24-year-old former player previously pleaded not guilty to four felonies and seven misdemeanors after authorities say he broke into a San Clemente home on May 10.

That arrest came after erratic behavior that began five days earlier in neighboring Riverside County. He was arrested there for suspicion of driving under the influence and arrested again 15 hours later after authorities said he was caught trying to retrieve his car from a tow yard in Moreno Valley, east of Los Angeles.

He was charged with misdemeanor trespassing in that matter and the case is pending, said John Hall, a spokesman for the Riverside County district attorney’s office.

Young’s ex-girlfriend also has filed a restraining order against him. They have a child together.

Young has failed to appear at several court hearings in the burglary case, including one on Aug. 6, when the judge ordered him to be in court Tuesday.

Hudson said outside court that the judge issued the warrant as a way to keep tabs on Young. Hudson previously said his client was in treatment for an undisclosed condition.

Young’s father has said his son changed after sustaining a concussion early in his rookie year with the Lions in 2011. Young, a second-round draft pick in 2011, was released by the team in February.

Troy Vincent, a former player who is the NFL’s senior vice president for player engagement, has said he wasn’t aware of Young having a concussion while playing with the Lions. Young rejected several offers of help after someone close to him contacted the league long before this spring’s arrests, Vincent has said.

Young was released by the Lions after punching a teammate and intentionally lining up incorrectly during a game.