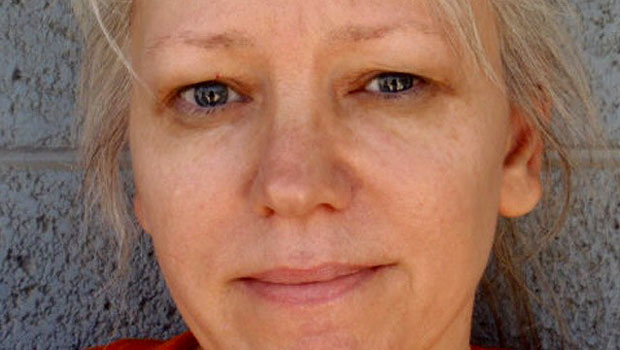 More than two decades after she was sent to death row, an Arizona woman convicted of having her 4-year-old son killed for an insurance payout could soon be freed while she awaits a retrial in the case that made her one of the state’s most reviled inmates.

Judge Rosa Mroz of Maricopa County Superior Court set Debra Milke’s bond at $250,000 Thursday, saying there’s no direct evidence linking her with her son’s death other than a purported confession to a detective. And, the judge said, the validity of that confession is in doubt.

If she is freed, Milke’s lawyers have said she plans to stay at a home that supporters bought for her in the Phoenix area. She has been imprisoned since 1990.

Prosecutors say Milke had her son, Christopher, killed to collect on a $5,000 insurance policy. She allegedly dressed the boy in his favorite outfit and told him he was going to see Santa Claus at a mall in December 1989. She then handed the boy over to two men who were later convicted of taking the child to the desert and shooting him.

The possibility of freedom comes six months after a federal appeals court overturned Milke’s conviction, ruling that the prosecution should have disclosed information about the truthfulness of the now-retired detective who testified that Milke confessed.

Milke was a 25-year-old insurance company clerk when her son was killed. Now 49, she has maintained her innocence, saying she had nothing to do with the slaying.

The two men convicted in the case both remain on death row. Neither Roger Scott nor former Milke roommate James Styers testified at Milke’s trial. Scott confessed during a police interrogation and led detectives to the boy’s body.

Maricopa County prosecutors are still seeking the death penalty against Milke, and her alleged confession is at the heart of the case against her.

Police detective Armando Saldate Jr. testified at Milke’s trial that she confessed to him in a closed interrogation room.

But Saldate’s honesty was called into question during Milke’s appeals. The 9th U.S. Circuit Court of Appeals concluded in March that prosecutors’ failure to turn over evidence related to Saldate’s credibility deprived Milke’s attorneys of the chance to question his truthfulness before jurors.

“No civilized system of justice should have to depend on such flimsy evidence, quite possibly tainted by dishonesty or over zealousness, to decide whether to take someone’s life or liberty,” Chief Judge Alex Kozinski wrote for the court.

He was also suspended for accepting sexual favors from a female motorist he stopped and then lying about the encounter, the court said.

The judge scheduled a Sept. 23 hearing on the defense’s request to prohibit the prosecution from using the confession during the retrial.

“Much has transpired since the original trial,” Mroz said.

Milke’s ex-husband, a man named Arizona Milke, is convinced his former wife was involved in their son’s murder. He said Thursday he intends to sue her, the state and Saldate for what he believes is a conspiracy to conceal the boy’s real killer.

“She’ll win this case criminally,” he said Thursday. “But she’ll lose it civilly, and so will the state.”